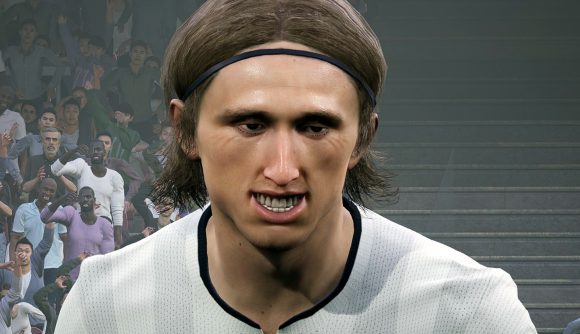 The first patch for eFootball 2022 has had its release date confirmed by publisher Konami. The update will bring eFootball 2022 to version 0.9.1 and will arrive on October 28 – which is good, because it remains the worst-reviewed game on Steam.

eFootball 2022 arrived on Steam on September 30 to one of the worst receptions the gaming industry has ever witnessed. It currently stands on Steam with a review score of “Overwhelmingly Negative” from over 19,500 reviews and a SteamDB score of 13.12%. During the last day, it’s clawed back a couple of percent so now it’s just the worst-reviewed full game on Steam – the Europa Universalis IV: Leviathan expansion is now the worst thing on Steam once again, although that’s only from around 4,500 reviews.

Konami promised that the first update for eFootball 2022 would arrive in October, and it seems to be on track to keep that promise just about – the patch to 0.9.1 will be out on October 28, just before Halloween.

What’s more of a mystery is what the first patch for eFootball 2022 will fix, since Konami just says it will “focus on fixing the issues already reported”. These may include “cutscenes, facial expressions, movements of players, and the behaviour of the ball”, which the publisher admitted to in its October 1 statement – but whether it will actually fix things enough to turn its reputation around is another matter.

Update for our users pic.twitter.com/6DffY77Os7

If you want a list of the best sports games on PC, we’ve got you covered. Suffice to say, eFootball 2022’s not on there.