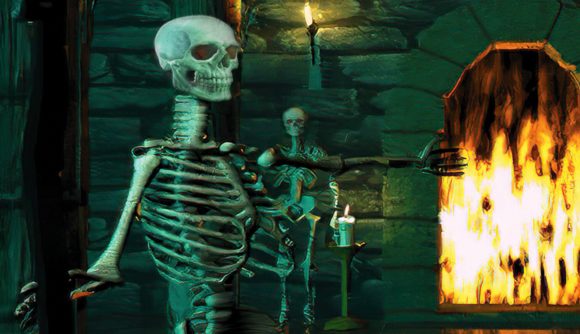 Daggerfall Unity is growing into an Elder Scrolls remake worthy of billing alongside Bethesda’s originals, and like those originals, it’s carving out a niche on Nexus Mods. The fan-made Daggerfall revamp now has hundreds of mods available, and those mods have amassed over one million downloads. Pretty impressive considering Daggerfall Unity isn’t actually even out yet.

The milestone was highlighted by mod developer Cliffworms on Twitter yesterday. “Last year at around the same date, it reached 500K downloads. Here’s to 1M more downloads in April 2023! Congrats and cheers to [Daggerfall Unity creator] Gavin Clayton for opening DFU to modding and to all modders and players!”

We covered Daggerfall Unity back in 2019, back when it was first entering public alpha. These days, it’s deep into beta, and continuing to look impressive. The original Daggerfall was massive, but notoriously buggy even by the standards that modern Bethesda fans have become accustomed to. Daggerfall Unity recreates the original, which is now available for free, in a modern engine, aiming to fix those bugs and improve playability on modern machines.

You can grab Daggerfall Unity for yourself on the developers’ site. And, of course, there are already plenty of mods available on the Nexus, from big graphical enhancements to giant packs filled with new quests.

Did you know that Daggerfall Unity has an unofficial Discord channel? Join in to discuss DFU, hang out with modders and ask modding questions. 🙂 https://t.co/oX3xz2jttE