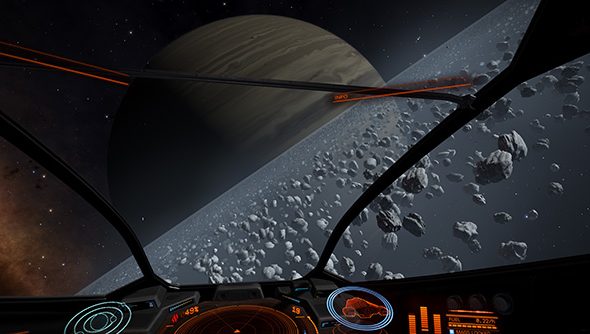 Space is big and mostly empty. Sure, it looks quite nice with it’s fancy nebula and giant balls of gas, but that’s window dressing. For every big battle and busy space station, there are millions and millions of parsecs of absolutely nothing.

Is it any wonder, then, that pilots in Elite: Dangerous, perhaps in an effort to stave off space madness, have taken to participating in destruction derbies? This unexpected hobby was almost crushed by Frontier, however, when it moved to criminalise ramming in no-fire zones.

Then a goat stood up and said NO.

Derby fans have been protesting using the tried and tested method of goats. Everyone’s done it, don’t even pretend. Not for the first time, goats have changed the rules that we live by, fundamentally altering the galaxy for the better.

Elite: Dangerous lead designer Sandro Sammarco responded to the protest on the official forums this evening.

“EDProtestgoat: I’ll need to check with some clever coder folk on this, but I’m hopeful that we can have this crime not squawked with “don’t report crimes against me”: as long as all participants use this functionality then they would be safe to race near each other – though hitting spectators would still trigger the crime.”

So there you go.

I hope you all have a smashing time… 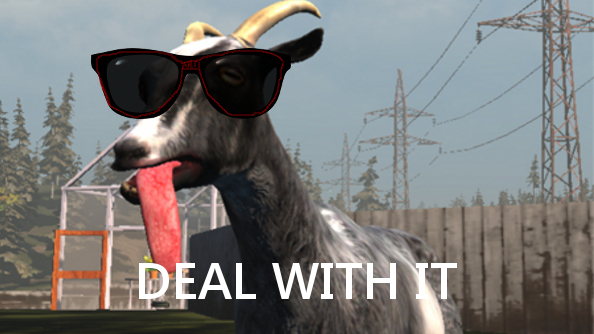