I’ve played loads of Elite: Dangerous, but I still get moments where I’m in awe of its scope. It’s a fully simulated galaxy you can fly around at will, warping between systems, supercruising within them and hanging near the planetary bodies themselves.

When I heard the Horizons update would be bringing planetary landings, I was taken aback when I found out these planets would be full-size and it would taketen days in real-time to gun around the circumference of an Earth-sized planet in your new ground vehicle, if you travel at an average of 100mph the whole time. Jesus.

It seems like there will be a reason to explore, too. On the planetary and lunar surfaces there will apparently be “new activities, new enemies and whole new ways to experience Elite Dangerous”.

Apparently that’s not enough for Frontier, though, as there’s much more on the… horizon. 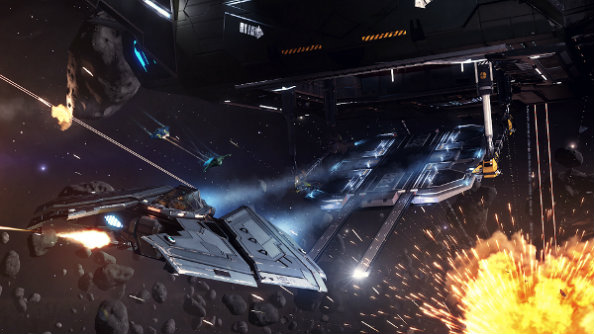 If you own one of the bigger ships, soon you’ll be able to launch a fighter to see off enemies. Launched from your ship’s hold, you can deploy it under AI control or take the stick yourself while your mothership hangs in space.

Imagine darting around the hull of your bigger ship, seeing off aggressors who are looking to steal your expensive cargo. It sounds brilliant. 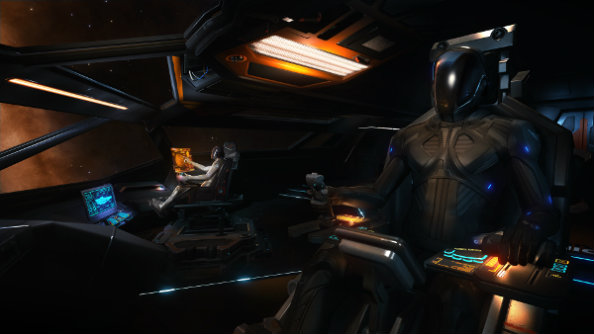 There’s also a new feature coming called Multi-Crew, which lets you fly some ships with your friends as a co-pilot. You can share and alternate control of weapon systems, turrets and flight, based on the situation.

This can also be combined with the mothership and its docked fighters, launching your friend out of your ship’s backside like a deadly, metal poo. Apparently this will come in very handy when some behemoth trading ships arrive in season two. 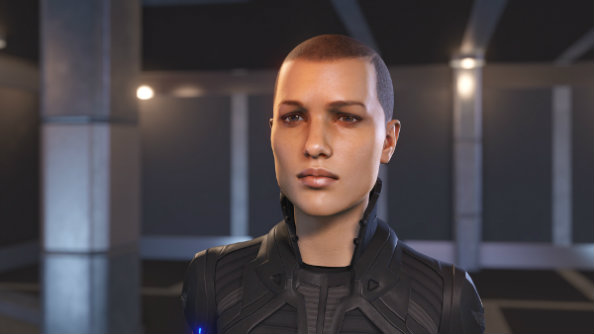 Lastly, Elite: Dangerous is getting 1:1 scale, fully customisable human faces. Okay, so human faces aren’t quite as impressive as a fully simulated galaxy, but it’ll be nice to share a cockpit with your friend and recognise them as their avatar.

It’s just another addition that ties into all the rest of the good work Frontier are doing to make it feel like a real galaxy. It looks like this will lead into more avatar-based shenanigans, too, with this little hint on the site: “Its[sic] the first step in the longer term plans we have for you, Commander…”

I had better get back to it, because I’m guessing these ground vehicles and hulking motherships aren’t gonna buy themselves. For the next few months, it’s a smuggler’s life for me.