Remember Elite Dangerous: Horizons? The space game’s second season of expansions from a few years back, which added things like planetary landings, weapon crafting, ship-launched fighters, and “exhilarating multicrew co-op action” to Elite’s universe? It’s about to become a free, major update for all Elite Dangerous players on PC and consoles – and there’s a treat in store for those who have already purchased it, too.

Frontier Developments announces “the rich season of content”, Horizons, will drop as a hefty update into the Elite Dangerous: Horizons base game for the low, low cost of absolutely nothing on October 27 in a press release. That means players who haven’t yet delved into Horizons will get to “put wheels on the ground and explore the galaxy up-close with the SRV Scarab ground vehicle” as well as check out “many surface star ports and other locations” from that date for free.

However, if you’ve purchased Horizons previously, you’ll be able to grab an exclusive “Azure” paint job, which is compatible with all of the simulation game’s 41 existing ships.

You can find the original Elite Dangerous: Horizons launch trailer below if you’d like to jog your memory on what it brings: 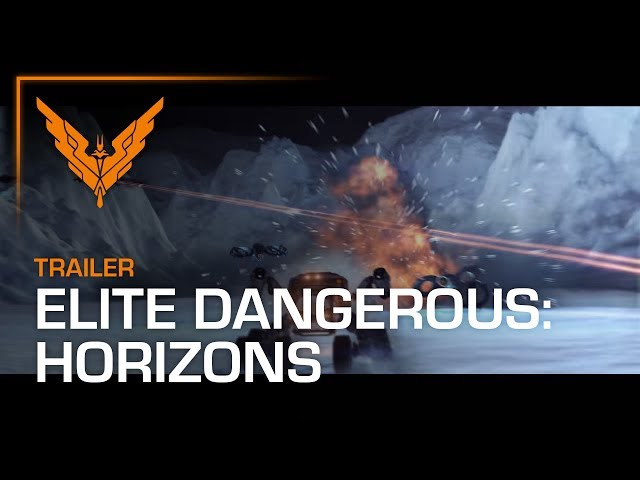 It’s not the only thing fans have to look forward to, either: in June this year, Frontier announced Elite Dangerous: Odyssey, which adds on-foot gameplay in early 2021.