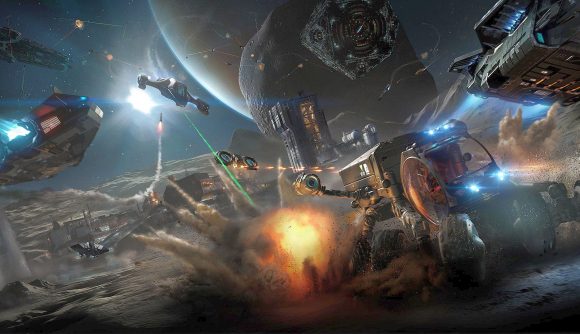 Last month, Elite Dangerous developer Frontier Developments announced an incoming treat for the space game’s fans – its existing Horizons content would become a free update in October. Well, that day is here – Horizons, which added a batch of new gameplay features and mechanics to Elite’s universe, is now available to all players for the low, low cost of not a thing.

Elite Dangerous: Horizons, which launched around five years back, ushered in features such as planetary landings to the simulation game, allowing players to “travel seamlessly from space to any point on the surface of accurately simulated planets and moons throughout Elite Dangerous’ full-scale Milky Way galaxy, and drive new SRV ground vehicles”. Additionally, the season brought on board weapon crafting, ship-launched fighters, and multi-crew co-op, which lets players take on one of several roles to team up with other commanders and fly the same ship.

Plus, looting and crafting updates in Horizons let players “smuggle materials to the outposts of the elusive Engineers and earn their respect to unlock powerful module upgrades”.

There’s a shiny new trailer to check out below if you’re keen to get an idea of what the (now free) Horizons brings to Elite: 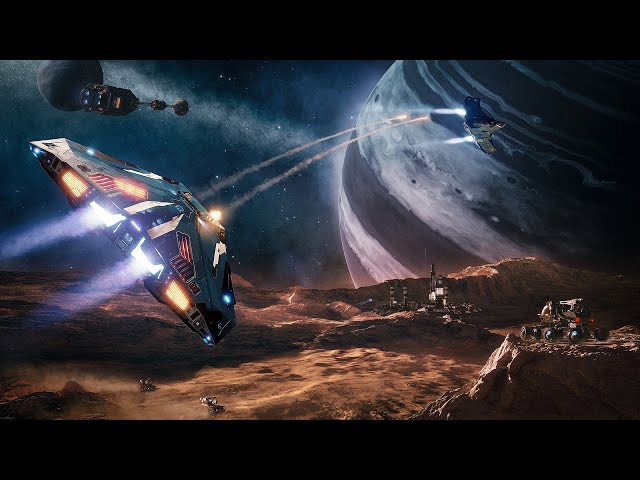 Plus, if you already own Horizons, there are still treats in-store for you: you’ll get an “exclusive Azure paint job” which you can use on any and all of the 41 ships currently available in Elite. Sweet.

The Horizons expansion and all its content has now joined the Elite Dangerous base game as a free update. Existing Horizon owners now have access to the exclusive Azure paint job for all ships in the game.

As for what’s next, Elite Dangerous: Odyssey is the next big expansion on the way. Among information revealed about Odyssey so far is news that it’ll bring on-foot gameplay to the title for the very first time – so, the chance to hop out of your hefty craft and see the also-hefty universe up-close – as well as a whole host of systems to support this new feature.