Empire of Sin is the collaboration between leading strategy studio Paradox and veteran game designers Brenda and John Romero. It’s set in Chicago during prohibition, and accordingly, “Money and alcohol are the two most important resources”, says Romero Games developer Ian O’Neill.

He’s talking about 1920s organised crime, but the sentiment could easily apply to, say, 2000s student life in the UK. Or 2010s game journalism. Or almost any other period in human history, come to think of it. Anyway, your criminal empire (of sin) will depend on alcohol – it supplies your speakeasies and other rackets – and you can produce it in varying quality depending on your strategy.

“You can produce a low-level swill that’s pretty terrible, but it’ll get the job done and keep your rackets running”, O’Neill tells us in a demo at E3. “Or you can produce a really good, premium alcohol, and you can use it in your rackets to get a quick cash boost if you’re running short.”

Your rivals need alcohol too – it was a hugely precious commodity during prohibition, and every mobster wanted a piece of the trade. Therefore, you can also trade alcohol via diplomacy. “If you know a faction is low on alcohol, you can trade what you have in excess, in exchange for something they might have that you want – a powerful weapon, or maybe a powerful building.” 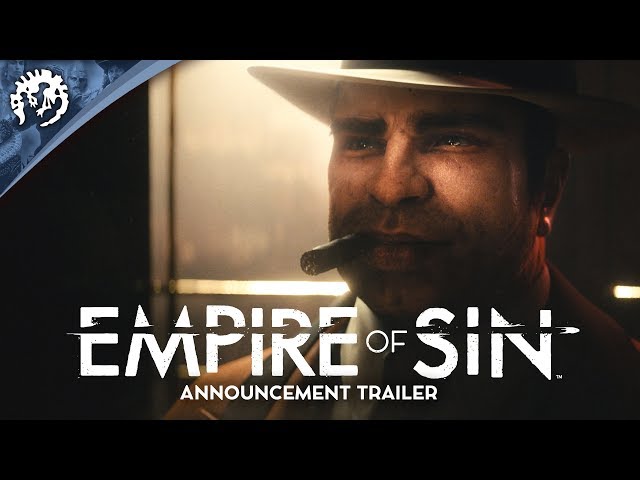 Of course, mobsters are hardly known for peacefully embracing the positive sum benefits of trade. You can also “produce a poisoned alcohol, which you can disguise as another type of alcohol, and trade it to your rivals to sabotage their rackets. Or”, adds O’Neill, a thought occuring, “you could trade it to your allies and try to sabotage their rackets, depending on how you want to play.” The victims of such sabotage would presumably include civilians who just fancied a drink but happened to choose one of your rivals’ speakeasies as a venue, but hey, prohibition-era gangsters aren’t known for being nice.

Alcohol is produced in small quantities at your safehouse, which is your headquarters in Empire of Sin. But if you want a good supply – and you do – you’ll need to set up breweries throughout the city, or take them from other gangs.

“If you’re really stuck, you can buy alcohol through the black market, or try to get a shipment of Canadian whisky over the border”, says O’Neill. “But it’s risky and expensive, and you may not always get what you pay for.”

As a fan of Paradox and the Romeros, I’ve been excited to learn about their collaboration since it was teased, and it’s looking like they’re making the most of their setting in some really cool ways. We also heard that your gang members will develop behavioural traits over time, which will affect their stats and their relationships with the rest of your crew – just don’t let them make too many brutal executions unless you’re comfortable working with a serial killer. Seriously. Empire of Sin is due for release in spring next year.