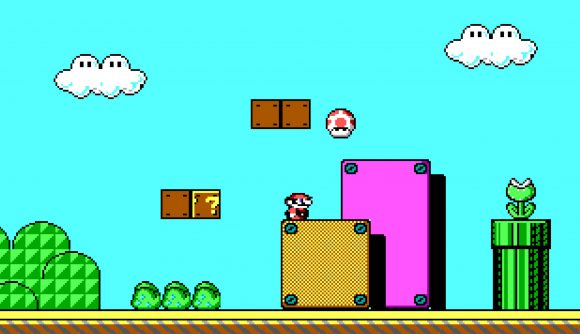 id Software exists largely because its founders wanted to make an official PC port of Super Mario Bros. 3. Nintendo rejected the demo, id ended up using the tech to create Commander Keen, and the rest is history. John Romero himself published a bit of footage from the SMB3 prototype several years ago, and now the demo itself has been preserved at the Strong National Museum of Play.

The demo recently showed up on a floppy disc in a donation of materials from an unnamed game developer, digital games curator Andrew Borman tells Ars Technica. The individual in question “did not work on this pitch, instead receiving [it] during their work. It wasn’t something I expected to see in this donation, but it was extremely exciting, having seen the video Romero shared back in 2015.”

The demo has been preserved both physically and digitally – Borman has verified its content by playing through it in DOSBox – and will be available to researchers on request. There are no current plans for the game to be displayed to the public, though Borman says that may change in the future.

You can still see Romero’s original footage of the demo below.

Just try to imagine the world in which id got to make its Mario PC game. What if Doom had been a Metroid game?