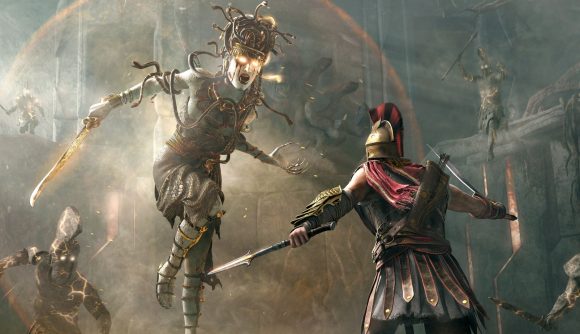 The Steam Summer Sale 2020 might be done and dusted, but fear not – you’ll have another chance to scoop up some of the best PC games around for cheap very, very soon. From today, in fact. The Epic Games Store Summer Sale kicks off this very day and runs until August 6.

As announced by Epic Games in a press release, there’s a whole bunch of titles on offer in the event for up to 75% off their regular price. There are some great action-adventure games and city and factory building games featured in the sale – for example, you’ll be able to grab Rockstar’s wild west epic Red Dead Redemption 2, which came to our home platform last year, for “up to 40% off” during the Epic Store sale, as well as Assassin’s Creed Odyssey for 67% off, Control for 50% off, and Saints Row: The Third Remastered discounted by 25%.

If you’re an action-RPG games fan, Borderlands 3 will also feature in the sale, which will be on offer for half-price.

Coffee Stain Studios’ Satisfactory will also be cheaper at 10% off, as well as Before We Leave and Maneater (25% off, respectively), Snowrunner (20% off), and a behemoth of the strategy games scene: Civilization VI.

You can find an FAQ for the Epic Games Summer Sale here. Also take a look at our list of free PC games and free Steam games if you’re on the lookout for something new to add to your collection for less.