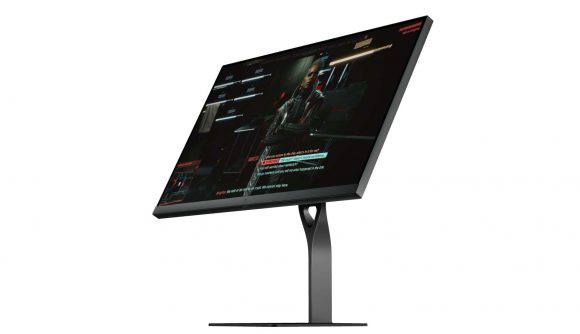 The search could well be over, people. We may only be a few months away from the release of the absolute best gaming monitor, maybe even the perfect gaming monitor… the Eve Spectrum. The Spectrum is a 27-inch crowd-developed display and Eve has just released the final specs for its suite of new LG-built panels and the price of the first Spectrum units.

For us, the crown jewel of the three models being shipped under the Eve Spectrum name is the 240Hz, 1440p IPS display with peak luminance of 750cd/m2. That will deliver seriously sharp gaming fidelity without the brutal system demands of a 4K panel. Eve is going to be shipping a 4K panel, with the same level of brightness, but with a 144Hz refresh rate.

Eve is aiming for a disruptive pricing model for its innovative monitors, with the first 500 units of each being cheaper than subsequent units. The best of the bunch, that 240Hz beauty, is going to initially retail for just $499… sans stand. Yes, Eve is kinda following the Apple model and offering the sleek stand separately, so users only have to pay for what they need. And apparently nearly 50% of its community don’t want a stand anyway.

For most of us then that does mean we’re going to have to add the $99 onto that early adopter discount, and if we miss out on bagging one of the first 500 units then that price is only going to go up. Which sounds a little weird, though does mean Eve can reward its early supporters with a more affordable product, and keep its investors happy as Eve is expecting that to mean high initial orders.

“Imagine if you could order PlayStation 5 already today at the lowest price and have guaranteed availability on launch in your region,” says Eve. “This is basically the idea we have.” 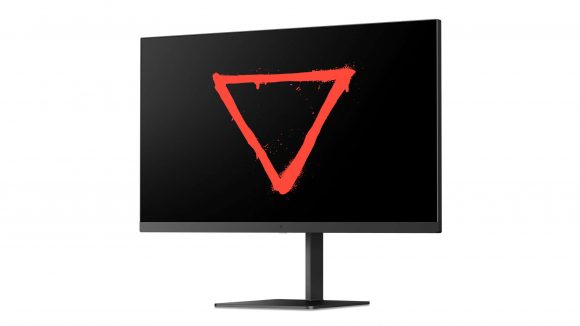 It’s sailing close to the wind in terms of breaking even at the current price, “with a small overhead for the team,” and once Eve starts to incur more marketing, retail, and distribution costs it’s then going to start tacking those additional bills onto the price, moving it “closer to the competitor’s price range.”

TLDR, if you’re interested get in early with a $100 refundable deposit, and secure the early pricing, or you’re going to end up paying more than the current sticker price.

And honestly, you should be interested. Just look at it. Part of the crowd-sourced design ethos stated that it shouldn’t be sporting some overblown ‘gaming’ aesthetic, so the simple, sleek stand and chassis are as clean and minimalist as you could wish. It makes the panel the star, and the new LG-made panels the Eve Spectrum monitors are going to be shipping with deserve to be. 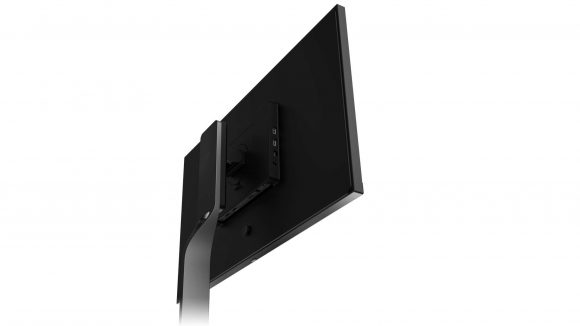 There will be a pair of 1440p monitors, one a 144Hz display that uses the same IPS panel as the LG 27GL850, that exciting 240Hz IPS using a newer LG panel, and a 4K IPS option with a 144Hz refresh rate. All three will be 27-inch and come with a 1ms response time for speedy gaming reaction timing.

The crowd-sourced design efforts have also ensured that the Eve Spectrum comes with all the ports you could possibly need in a single gaming monitor, meaning the box around the VESA mount is replete with all the USB, audio, and image connections going.