Extinction is a new fantasy ARPG in which a race of 150 foot-tall ogres, the Ravenii, have suddenly woken up and decided to exterminate humanity. It was first shown at E3, but developers Iron Galaxy have added plenty of new features since then, some of which are on show in a new gameplay trailer.

See what else is on the horizon with our list of exciting upcoming PC games.

Among these, the Ravenii now have armour, which you’ll need to remove by attacking in particular ways before you can decapitate them for a permanent kill. These attacks might involve the environment, and even the many hordes of smaller enemies who will join the ogres in assaulting humanity’s cities.

For example: one tactic for dealing with spiked armour – which can hurt your character, Avil, if you touch it – is to lure a Ravenii into smashing the ground, cracking its own armour until it falls apart. Then you can sever a limb, run up the monster’s torso, and deal the finishing blow.

Sound good? Extinction is due for release in the first quarter of next year. 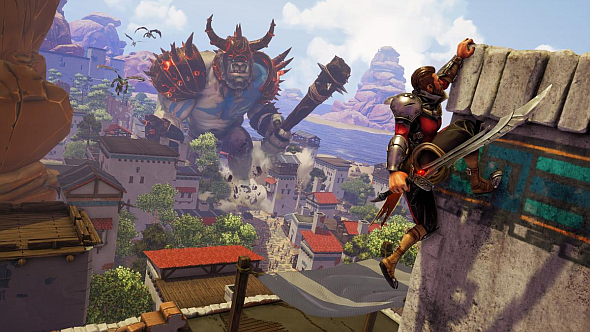