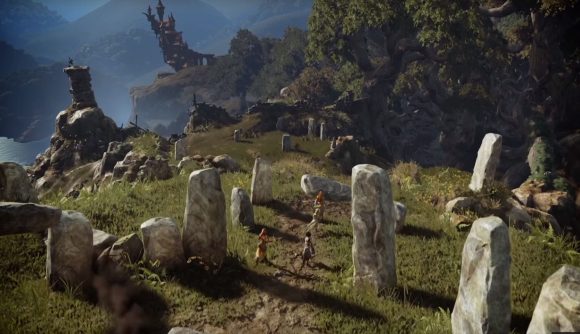 November 26, 2019 The concept artist has confirmed that the artwork isn’t for an official project.

Rumours of a Fable 4 have been circulating for a little while, and it earlier appeared that another sign that a return to the Heroes’ adventures in beautiful Albion could be in the works in the form of some concept art that popped up online and was then taken down again. It seemed to hint another Fable game could be in development, however the artist has now confirmed that the pictures aren’t from an official project.

Twitter user Klobrille (via ResetEra) previously discovered concept art for an unspecified project, in the form of character artwork and moodboards, originally posted to ArtStation, which seemed to potentially suggest another Fable game was in development.

The boards also included the name and logo for Playground Games – the studio rumoured to be working on the (as yet unconfirmed) game, a potential instalment in the fantasy RPG series, originally developed by Lionhead.

However, we have since heard from the artist, who has clarified that it isn’t official concept art, and that they aren’t an employee of the studio, or affiliated with their projects. So, the artwork doesn’t appear to be a sign that a new Fable game is in development after all.

Fable 4 hasn’t yet been officially announced, but perhaps we may see the series continue with a new title in the future. While we sadly didn’t see a reveal at this year’s E3, perhaps we can hope that 2020 might the year for the return of Fable.