Ask and you shall receive. Last year, Nier: Automata director Yoko Taro said he wanted to bring his rabble of sad androids to the world of Fall Guys while playing the party game on stream in celebration of Square Enix producer Yosuke Saito’s birthday. Now, it’s, uh, actually happening.

During Geoff Keighley’s Summer Game Fest, we caught a glimpse of the new Fall Guys skin. You’re getting the chance to dress up your wee jelly bean as 2B from Nier: Automata, and boy is it something. This skin is launching on June 18, so you only have a week to wait for it.

Yoko Taro initially mentioned his desire for the collaboration on stream, saying, “I think the machine lifeform costume would be really cute,” as translated by Mediatonic’s own Ed Fear. “Or an Emil head!” Since Fear was already in chat as it happened, we guess this has been in the works since then. Fear went on to add on Twitter that he “mentioned in that livestream chat” that he worked at Mediatonic and Yoko Taro saw it. “Now I have been asked to tell the team officially that the Nier team at Square Enix really wants to do it,” he added. Yoko Taro was all too keen to show his support on Twitter, too.

Without further adieu, here’s the skin: 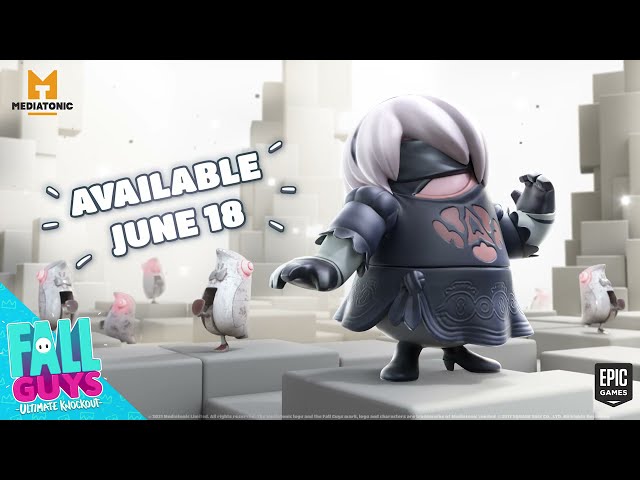 Are you looking for the E3 schedule? You know where to click.