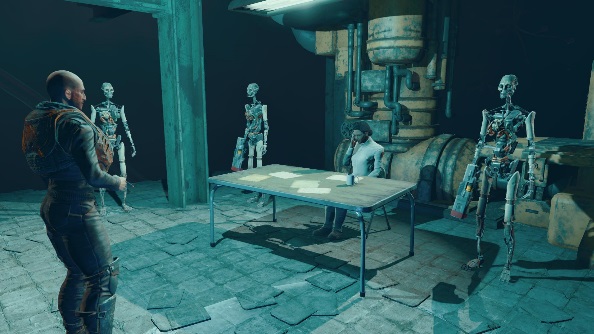 Update 13 Nov, 2015: Bethesda have released some official Fallout 4 sales figures across all platforms. Check them out below.

Bethesda have popped over a press release with some quickfire facts on how Fallout 4 is selling. Spoilers: rather well.

Want to mess around inside Fallout 4? We’ve dug out all theconsole commandsfor you.

So well done to Bethesda. SteamSpy has also updated its Steam sales figures to be nearly 1.5 million, so feel free to update the napkin math below, if you like. Some more fun thoughts: Valve take a cut of every sale made on Steam. Unless they have a special deal with the large publishers to just take a flat fee, they’ve probably made a cool $25 mill or so from FO4 themselves. Now if only they’d make some games with it, eh?

Original story 12 Nov, 2015:Look we all know how much you love playing, modding and reading reviews of Bethesda’s latest, but what about the world? How well has Fallout 4 sold? How many people are watching Fallout 4 on Twitch? Is it Steam’s most successful game ever? All this information, and more, awaits below.

Let’s start with the meat: sales. The always excellent SteamSpy has the scoop here, showing around 1.2 million people owned the game on day one. That doesn’t mean it sold that many copies in 24 hours – you’d probably have seen Bethesda’s accountency department taking off into space – but managed to get that many Steam keys into the hands of players over the course of three months of pre-orders. That includes any key-resellers, legit or otherwise, boxed copies that registered on Steam or actual digital purchases.

Probably the most successful 8/10 game ever made.

Moving on, those million and change players have contributed to Steam’s highest concurrent users number on one game ever with 469,073 folk clocking in at once earlier today. At time of writing there’s just under 300,000 wandering the wasteland, according to SteamCharts. The Fallout 4 nation is the 180th most populous in the world right now, slightly above Barbados.

Meanwhile on Twitch, Fallout 4 viewership managed to hit 244,988 concurrent on day one, with 60,355 of those being in a single stream. Those aren’t mighty numbers for the platform, with Counter-Strike: Global Offensive and League of Legends topping 500k during major tournaments, with hundreds of thousands of those being on single streams, but is impressive. This has already begun to drop off sharply, as all new games do, but Fallout 4 is still at number two with a six-figure viewer count and will probably remain there for the next week or so. Particularly thanks to what is basically the e-sports offseason.

It may be able to maintain these viewer numbers better than most single-player games through mods. 191 currently sit on hubsite Nexus just days after release. We’ll be regularly picking out the best and putting them in our Fallout 4 mods list, so check back there regularly.

Got any other interesting figures to share? Hit us up below. How many cruelly rejected Dogmeat and will be first against the wall when the dogvelution comes?