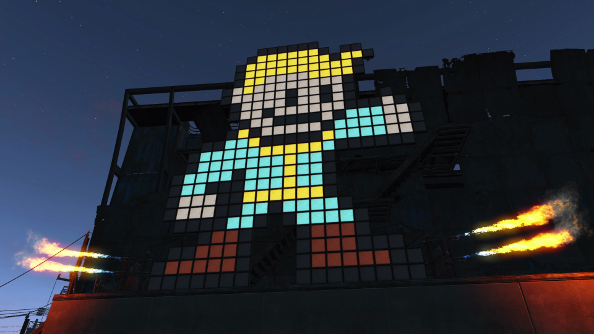 As promised, Bethesda have released Fallout 4’s first patch, or at least a beta version, which you might want to grab if you’ve been putting up with bugs and crashes.

Take a look at our list of Fallout 4’s crashes, bugs and fixes.

It’s not a big update, but if you’ve been only just keeping the game together with sellotape and chewing gum, then it will probably be a relief, since the focus seems to be on fixes.

Since it’s a beta patch, you’ll need to opt in instead of relying on Steam downloading and installing it automatically. And you’ll probably want to backup your saves in case something goes catastrophically wrong.

To access beta updates, right click on the game in your library, select properties, then the beta tab, and finally choose beta update from the dropdown menu and hit ok. And that’s you set.