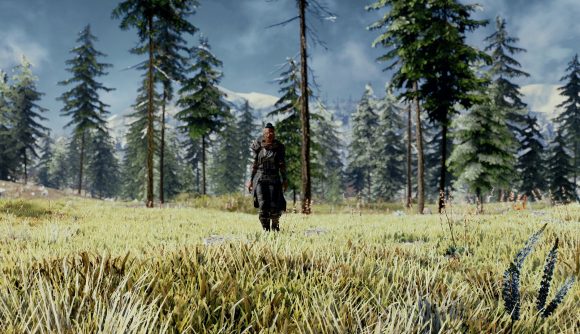 Fallout 4 boasts a pretty hefty and impressive open world as-is, but if you’re keen to give it an overhaul in the style of another of the open-world games genre’s big hitters, a new mod might be just your cup of tea. Or moonshine, for that matter. A brand-new texture overhaul mod for Bethesda’s 2015 RPG turns The Commonwealth into a “vibrant imaginary desert environment” reminiscent of Red Dead Redemption 2.

As you can see in images posted on the mod’s page, The Commonwealth looks transformed, with scenes reminiscent of RDR2’s forest areas near Strawberry, dusty, sun-baked plains peppered with cacti like the western game’s New Austin area, and prairies with waves of wildflowers, akin to Red Dead’s Ambarino region.

It seems the Badlands 2 mod is designed to be used in conjunction with another wild west-inspired mod – modder Spiffyskytrooper’s Desperados Overhaul – according to Delicious Vegetable’s write-up, and along with introducing the general, various new environment re-textures across the game’s world, it reworks Fallout 4’s Far Harbor and Nuka World. 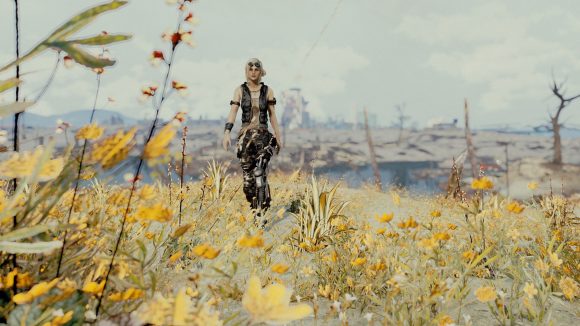 The former “has been re-imagined as a dry coastal forest, like you’d find in parts of California or Lebanon, with a blue-grey-brown early autumn palette”, while Nuka World “always was (inexplicably) a desert”, the modder says, “and that’s been turned up to eleven here. Sand and more sand, with a scattering of hardy vegetation clinging to the dunes”.

If you’re keen to give Fallout 4 a vivid, distinctly wild western new flavour, head to Nexus Mods here to grab the Badlands 2 mod for yourself. As ever, mod at your own risk! And be sure to take a gander at our list of the best Fallout 4 mods, too, if you’d like to see what else is out there.