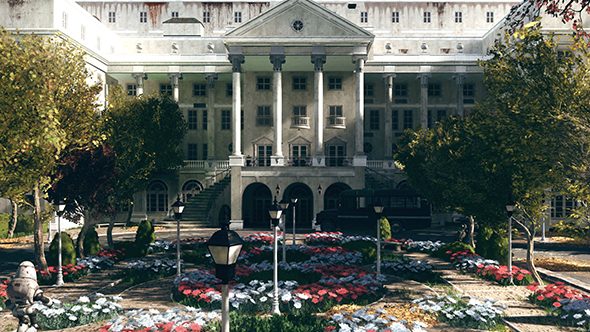 Fallout 76 is set in West Virginia, and unlike most Fallout settings the Mountain State isn’t a fire-scorched toxic wasteland. In fact, Bethesda’s depiction of Appalachia is pretty picturesque – so much so that West Virginian tourism groups are starting to see a big boost in interest following the game’s reveal.

The upcoming Fallout game features quite a number of real-world locations, like Camden Park. Employees at the park are now reporting phone calls from people looking to buy T-shirts because of the upcoming title, and the publicity has plenty of locals hopeful that the game will drive further interest in West Virginia tourism.

Most of the biggest upcoming PC games probably won’t do much for local tourism, but hey – you never know.

“We’ve never had this kind of national publicity, so we are waiting to see what happens,” ride supervisor Shawn Wellman tells local news outlet WCHS. Asked what he thinks of the game’s portrayal of the state, Wellman says ,“as of right now all I’ve seen is one picture, but the one picture looks pretty neat.”

Websites like West Virginia Explorer are reporting massive increases in traffic, with publisher David Sibray saying they’ve gone from an average of 2,000 visitors per day to around 30,000. The site has savvily made the most of the new interest with an article on locations featured in Fallout – and ends another with contact information with for interested advertisers.

This is certainly not the first Fallout game set in a real-world location, but unlike the cities of Boston, Las Vegas, and Washington DC, recognisable rural parts of the US are rarely explored in detail through major videogames – or most types of media, for that matter.

Just as Fallout 76’s ‘Country Roads’ has become an anachronistic anthem for my colleagues over in the UK, it seems Bethesda’s export of eastern US culture is continuing apace. Roll on that Fallout 76 release date.