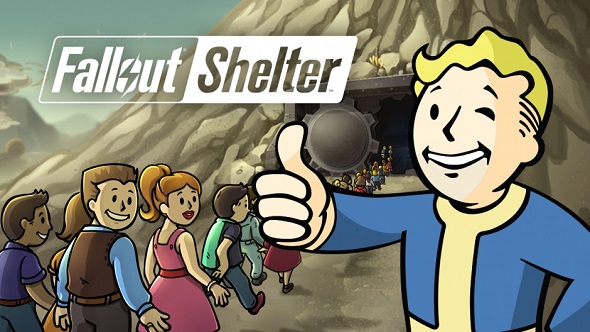 A page for colony collect-’em-up Fallout Shelter has appeared on Steam, indicating the game is due to unlock at 15:00 BST today (that’s 07:00 PST).

Light on caps? Try our list of the best free PC games.

Fallout Shelter first came to PC in July last year via Bethesda’s own client, but they’ve clearly decided they fancy a bigger audience.

Fallout Shelter is technically the most-played Fallout game ever, yet it was designed as a mobile game. It first launched on iOS in June 2015, with an Android version following two months later, and by the time the PC version was released a year later, it had racked up over 50 million users, over five billion sessions, and 30,000 total years of play time.

If you’re not familiar, it’s basically a management sim about running a vault to shelter Fallout’s post-apocalyptic citizens. You’ll build your perfect vault room by room, scavenge the wasteland, assign vault dwellers their ideal jobs and even their ideal partners – gotta grow the population, after all. It’s free-to-play, with various microtransactions to speed your progress by strengthening vault dwellers or gathering resources. Those microstransactions are already live, though the game isn’t unlocked yet.

If you’re interested, here’s the Steam page. At time of writing, Steam says it’ll unlock in “approximately 2 hours”. These estimates always round down from the top of the hour (sothe estimate will be the same regardless of whether the time is 12:01, 12:30 or 12:59), meaning 3pm shouldbego-time.