Sep 9, 2020 This feature was originally published in September 2018 and has been lightly re-edited.

A big part of any Fallout game is the companions. It gets lonely in the wasteland so having a person by your side to share the post-apocalyptic misery is good for your health. Unless they get stuck on a piece of geometry in an area of high radiation and you have to watch as a radscorpion smugly scuttles in for the kill. Stress is one of the leading causes of death, ladies and gentlemen.

There have been lots of memorable Fallout companions over the years: from the synth detective Nick Valentine in Fallout 4 to Fallout 3’s faithful good boy Dogmeat, and the wounded bartender and veteran John Cassidy in Fallout 2. However, my favourite has to be Ian, from the first Fallout game.

Ian is a guard you encounter in Shady Sands. He’s likely to be the first character you’ll recruit in the game and, as such, should serve as the stick we can measure the rest of the companions across the series against. That’s the theory, anyway.

Let’s start with that name: Ian. Most companions have names that can be barked out, making your mouth form cutting sounds – a hard ‘k’ or a crunchy ‘ch’. They’re called Shark, Tycho, and Gretch. By name alone you could mistake these companions for one of the road warriors in Mad Max. Then there’s Ian. Ee-uhn. It’s a name that you squeeze out sheepishly from the back of your tongue at first, and then it just flops out at the end, like a boneless fish. 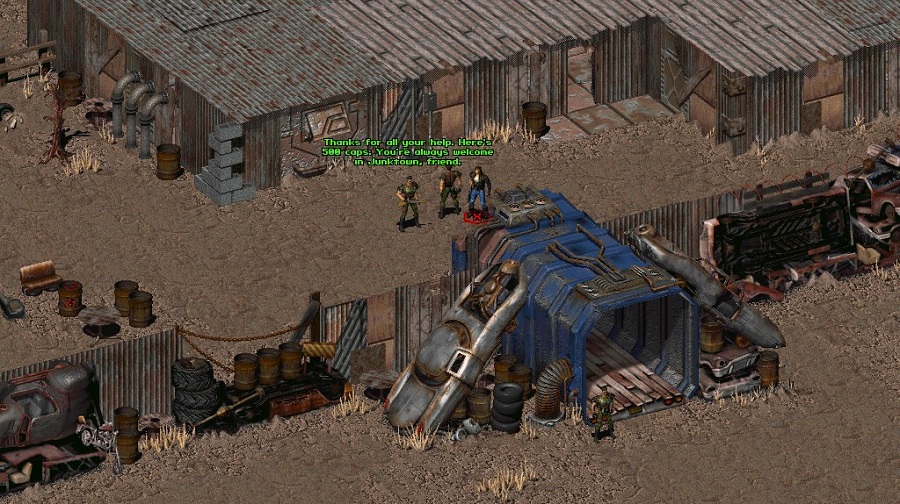 Ian is not like the other Fallout companions, then. And it goes beyond the name given to him. He’s the first test product to come out the factory; the broken prototype, a mess of a man. Indeed, he has become infamous among Fallout fans for his propensity for friendly fire. The fact that a man this dumb has survived the nuclear apocalypse is an insult to everyone who hasn’t. So notoriously moronic is Ian that developer Black Isle Studios later referenced his behaviour in Fallout 2 in a throwaway line. It comes up in conversation with Angela Bishop if your character’s intelligence is low enough.

Ian wears a black leather jacket and blue denim jeans. He was a guard in the Crimson Caravan until he was shot during a bandit raid. It's perhaps this brush with death that gave him his unreasonable confidence.

Yet, despite his awful combat skills and ability to constantly trap your character in doorways and narrow corridors, I found myself caring more about Ian than any of the companions in Fallout. This is partly down to my bizarre fondness for lovable goofs – sure, he’s a walking travesty, but Ian’s always trying his best. What no doubt increased my affection for Ian is the fact that he can die permanently, as with the other Fallout companions – which is a feature I missed in the recent Fallout games.

Due to this, I took it upon myself to try to take Ian with me through the whole game. If you’re going to suffer the end of the world you may as well take a loved one with you, right? This made my playthrough so much more dramatic, giving me an actual reason to keep track of my allies in battle, and micromanage them the best I could. One slip up and Ian would be gone forever (unless I loaded up a previous save). 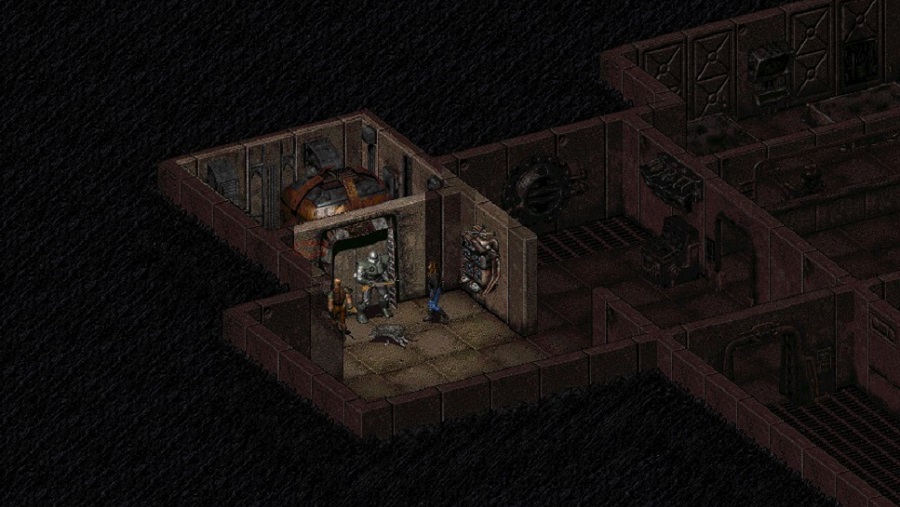 Getting any companion through the entirety of Fallout is a challenge but this goes doubly for Ian. I ran into trouble with him very quickly. Like I said, Ian is a few caps short of a collection. Give the man a melee weapon and a gun and he will pick the melee option more often than not. It doesn’t matter if you’re going up against an unarmed raider or a terrifying Deathclaw – Ian’s buffoonery knows no bounds. It’s a ridiculous trait to have to deal with and often frustrated me. But it also never failed to make me laugh. The image of Ian running up to a giant radioactive beast, armed only with a knife the size of a small letter opener, is permanently on repeat in my mind.

Ian is not just an extra gun for your team, he has a personality

To be fair, he does sometimes manage to pull out a decent weapon, but that doesn’t mean you can breathe a sigh of relief. If this playthrough taught me anything it’s that you should never underestimate Ian’s ability to snatch defeat from the jaws of victory. I had one save in which I had worked my way through the entirety of Necropolis to get the water chip, having slaughtered endless ghouls and mutants to get to where I needed to go. All that remained was a single Super Mutant blocking the entrance to the underground vault. Easy, or so I thought. 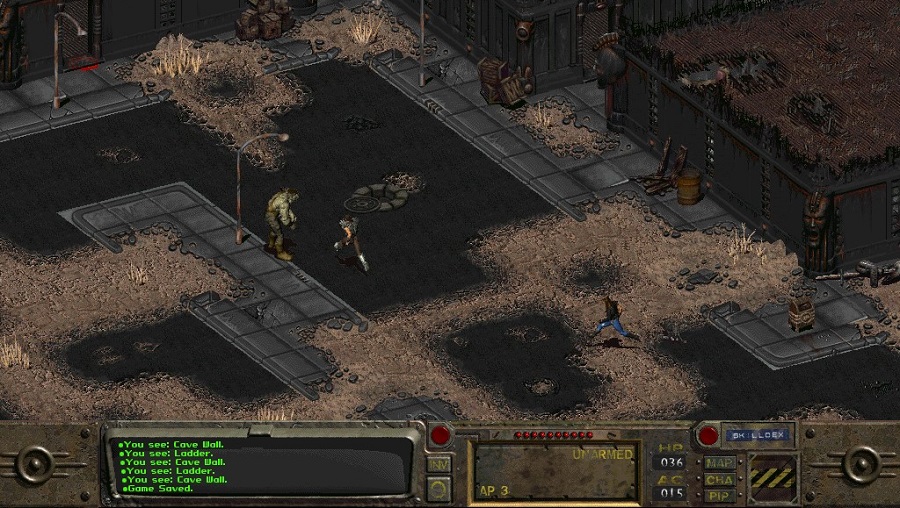 As we faced it, in the corner of the screen I saw Ian pull out his SMG and reload it, catching myself involuntarily gritting my teeth. There’s a momentary burst of bullets and an explosion of guts. I’m cut in two. The gruesome death animation finishes and I watch as Ian stands over my corpse, stone-faced. Great work, mate.

I did eventually finish the game with Ian alive but not without making extensive use of save scumming to progress. Never before has a companion given me such a hard time in a Fallout game, and yet, that’s what I cherish about Ian. He’s not just an extra gun for your team, he has a personality, even if it’s one that frayed the relationship between him and my vault dweller. Ian, you’re a fool, but I’ll never forget the time we spent together, even if for half of it I was a mess of limbs and blood on the floor.