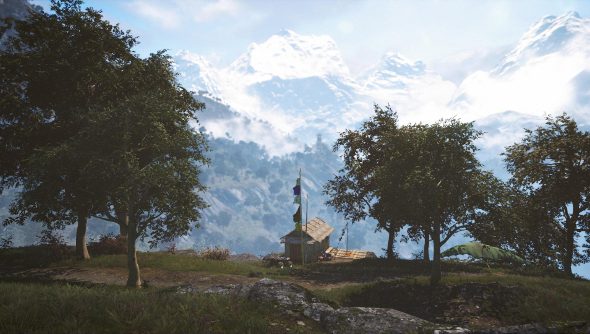 Far Cry 4 has been out for a couple of days now, so I’m taking a break from my sojourn in Kyrat, and my mounting body count, to condense my thoughts on how the game fares on PC. I’m still relatively early in the game’s narrative, but I’ve put Ubisoft Montreal’s hunting and killing sequel through its paces. And I’ve got good news.

While Assassin’s Creed Unity was inconsistent and has required a lot of post-launch attention from Ubisoft, Far Cry 4 is significantly more stable, with better performance on less beefy PCs. They recommended system requirements are the same as Unity’s lowest. And it’s absolutely stunning, from the snow and mist-shrouded mountains to the verdant forests lousy with animals. 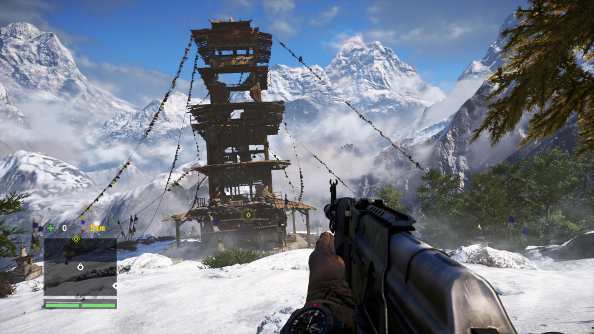 Far Cry 4 has all the proper PC bells and whistles, offering settings fiddlers plenty to play with. The graphics menu contains the usual suspects like texture and shadow quality, even more fine tuning can be done by turning on or off realistic animal fur, godrays and the very fancy trees relief, which causes shadows on trees to be affected by the trunk’s geometry.

Unfortunately, Far Cry 4 where the expectation is that players will know what trees relief is. It’s a bit baffling that Ubisoft didn’t provide proper descriptive text to the long list of options, because they made the effort to put in text that doesn’t explain anything. Hover over trees relief, and the text says “Set the quality of the trees relief.” Hardly informative, but a lamentably common oversight. 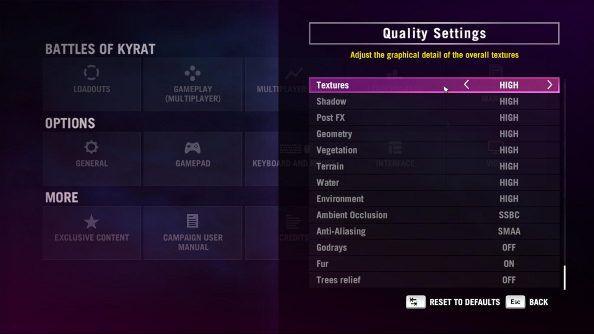 Many of the options have an almost imperceptible impact on the game, both visually and in regards to performance, but they come together to make the game pop a bit more, changing how much shadows and lighting interact with objects and vegetation.

There are quite a few presets, too: low, medium, high, very high, ultra and Nvidia. The first five are self explanatory, but Nvidia’s a strange name for a graphics preset, so what the hell is it? Far Cry is a Gameworks title, so it’s got an extra bit of wizardry when it comes to anti-aliasing and ambient occlusion. The Nvidia preset cranks everything to ultra, and then throws in HBAO+, TXAA4 and soft shadows.

It’s impressive, and beat the crap out of my rig. The preset is only for monstrous PCs, and it will even make GPUs like the 780Ti or 970GTX struggle to get past 40fps. This setting is, of course, just for Nvidia users. 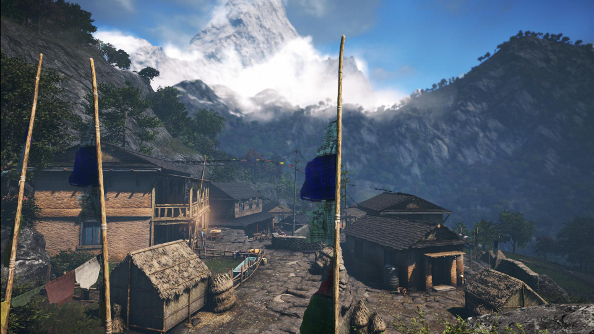 The game defaulted to high for me, which finds a nice balance between visual fidelity and frame rate. I got an average of 50fps, with highs of 60 and lows of 40, though it was quite stable. Without FRAPS running, I really didn’t notice the dips. High sets everything to high with SMAA anti-aliasing and SMAO, while turning off godrays and trees relief. And everything still looks gorgeous. 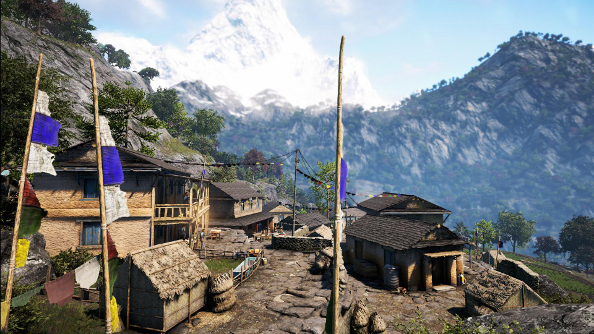 Even dead animals. Sad, but pretty. 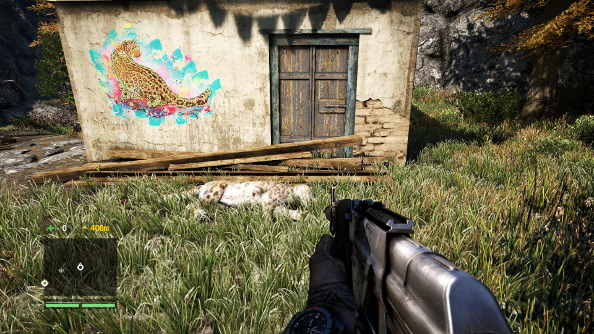 With the low and medium presets, the frame rate sat at 60fps, and while there’s a marked drop in visual quality, the things that make Far Cry 4 to damn striking persist. The muted palette that makes the air seem cold; the impressive mountain ranges and their constant companion, mist; and the views that seem to go on forever – they are all still there. 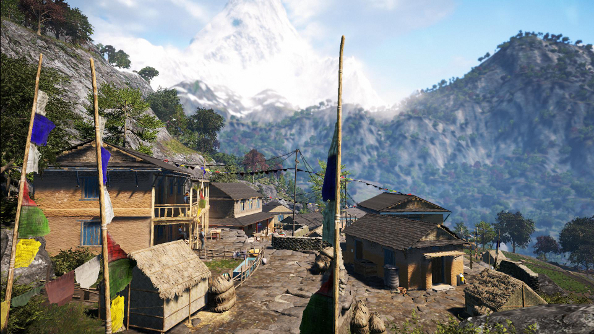 Ubisoft haven’t messed about when it comes to control customisation, either. For mouse and keyboard, the key bindings are fully customisable, and you can invert the mouse for both look and flying pitch separately.

If you want to play it from your sofa, you’re in luck, because the gamepad control options are pretty damn robust. There are options for inverting look and pitch, turning off vibration and switching on aim-assist, autodrive and auto-aim while driving. In the control scheme menu, you can’t change the face buttons, but you can swap between left and right handed controls, two different driving and flying presets, and you can change the layout to Xbox and PlayStation controllers. 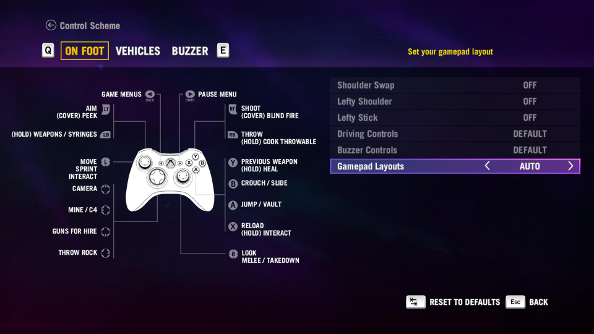 And if you didn’t pirate the game, you can change the field of view, too.

Between the senseless slaughter of wildlife and soldiers, I took a bit of time to faff around in the map editor. It is, unfortunately, restricted to the creation of challenge maps, not competitive multiplayer ones, but the maps can still be shared with other players.

It’s pretty comprehensive, and there are countless props, buildings and enemies waiting to be plonked on desert island or a Himalayan forest, while the terrain itself can be easily modified, from its texture to its elevation. It’s not too obtuse, either, and doesn’t require a lot of modding or map making experience. 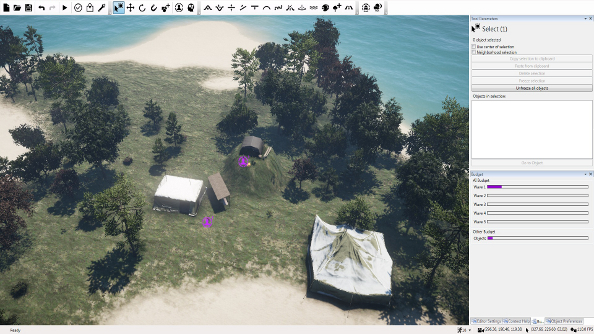 It’s so simple and flexible that it makes it even more of a shame that it’s limited, because it’s not hard to imagine some pretty bizarre competitive multiplayer maps coming out of this if users were able to make them.

The difference in quality between the Assassin’s Creed Unity and Far Cry 4 PC versions is significant, and my experience with Ubisoft’s open world shooter has been nothing but smooth so far, other than a wee bit of stuttering while driving. Unfortunately, the same cannot be said for some AMD players. Some report that it’s unplayable, though this is not the case across the board, with others not experiencing the same troubles. It is clear that it’s generally more stable for Nvidia users, though.

If you’ve got an AMD GPU, I recommend waiting for patches and new drivers, just to be on the safe side. Otherwise, it’s an excellent port.