Looking for more information on the Far Cry 6 companions? Once you get your hands on Far Cry 6, and you become part of the revolution in Yara seeking liberation from the Castillo family, you won’t travel across the island’s jungles, beaches, and cities alone.

Like the Guns for Hire and Fangs for Hire system in previous games, companions are available in Far Cry 6. Known as amigos, these animals can be called upon to assist you in battle, alongside the powerful Far Cry 6 weapons at your disposal.

There are five Far Cry 6 amigos that are unlocked throughout the campaign. Each of them has a unique way to help you out in battle. They also all have abilities that can be unlocked to improve their combat skills – all you need to do is use the amigo in battle. Each amigo specialises in two different areas: combat and stealth. Depending on your playstyle, you may want to switch to a different amigo. Using a combat amigo while you’re trying to avoid combat can get you in trouble if you’re not careful.

These are all the Far Cry 6 amigos released so far: 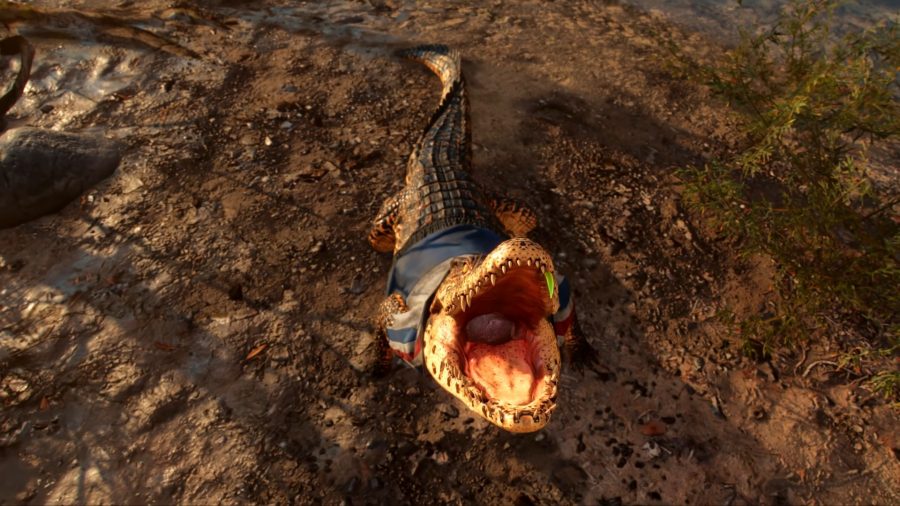 Guapo is a croc in a shirt who will munch on your enemies for you with his big toothy grin. You meet him after you speak to Juan at the bar in Armonia. 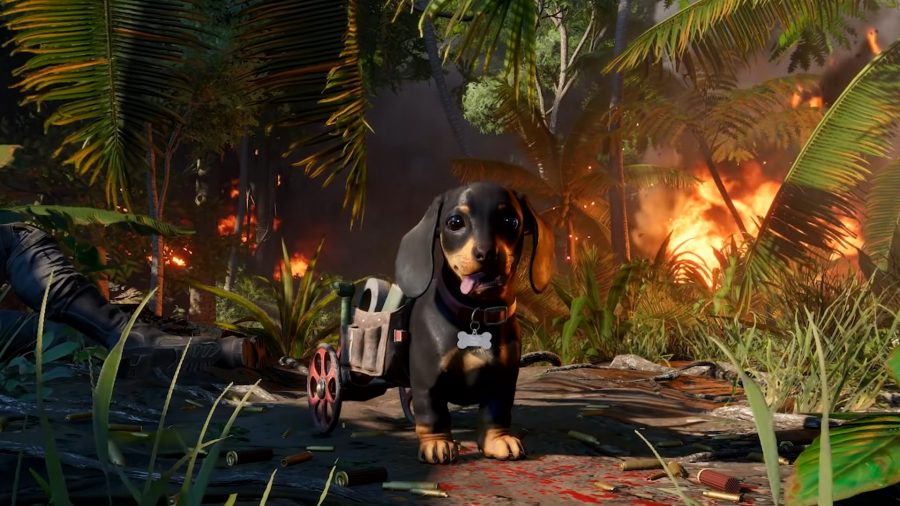 Chorizo is a positively adorable little weiner dog with a mobility aid to help him get around – he’s so cute, in fact, that enemies will be distracted by him, allowing you to sneak behind them.

Attention-Seeker – “Chorizo will use his irresistible charm to distract enemies so you can sneak past for surprise attacks.” 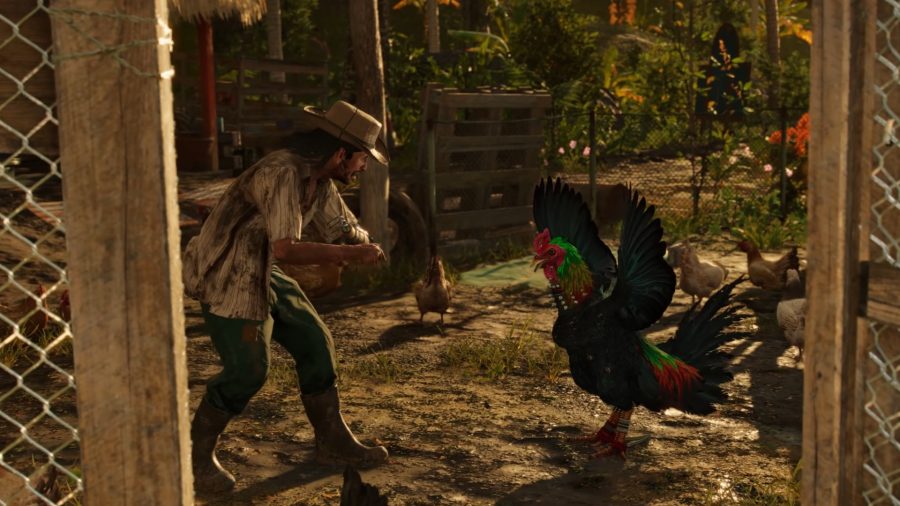 He’s a spiky rooster with an attitude, and can be recruited by completing the Yaran Story ‘Wingman’ at the Álvarez Farm.

Angry Bird – “Chicharrón’s lust for battle cannot be sated. He slingshots himself to the enemy from a distance.” 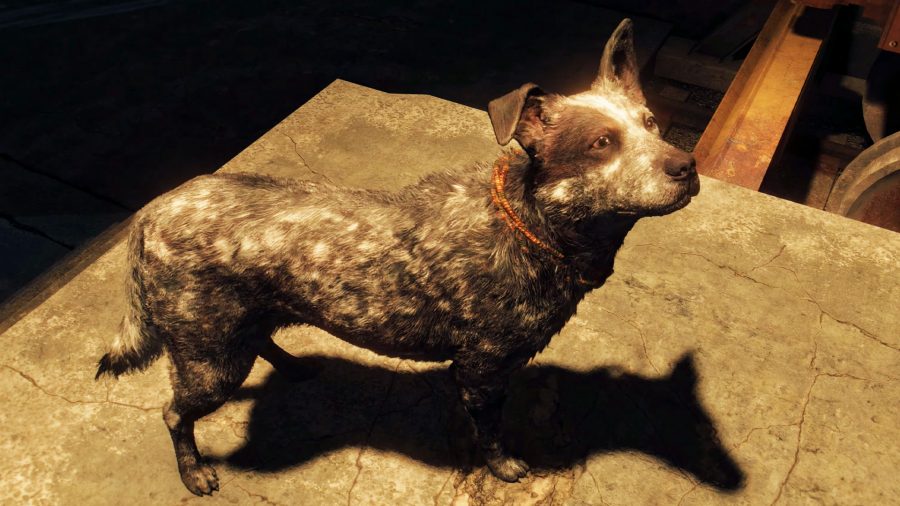 Fans of Far Cry 5 should recognise this good boy from Montana – Boom Boom is Boomer, the same dog from Montana. He’s a stealth amigo, and can be unlocked by completing the Yaran Story ‘Boom or Bust’ at the Villa Judía hotel. 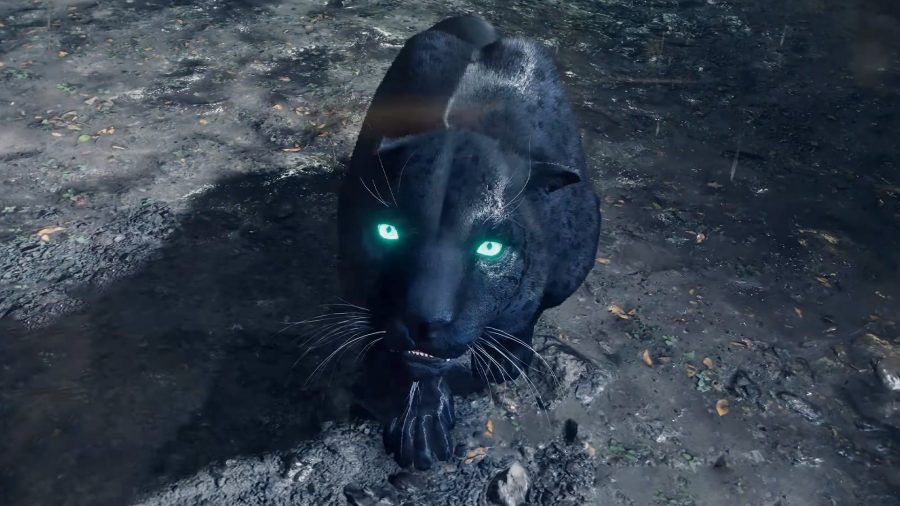 Oluso appears to be a big cat of some kind, possibly a panther. He’s also a stealth amigo, and is unlocked by completing the Yaran Story ‘Triada Blessings’ at the Oluwa Cave.

Shadow Striker – “Oluso uses the power of the Oluwas to slay enemies quickly and silently from the shadows.” 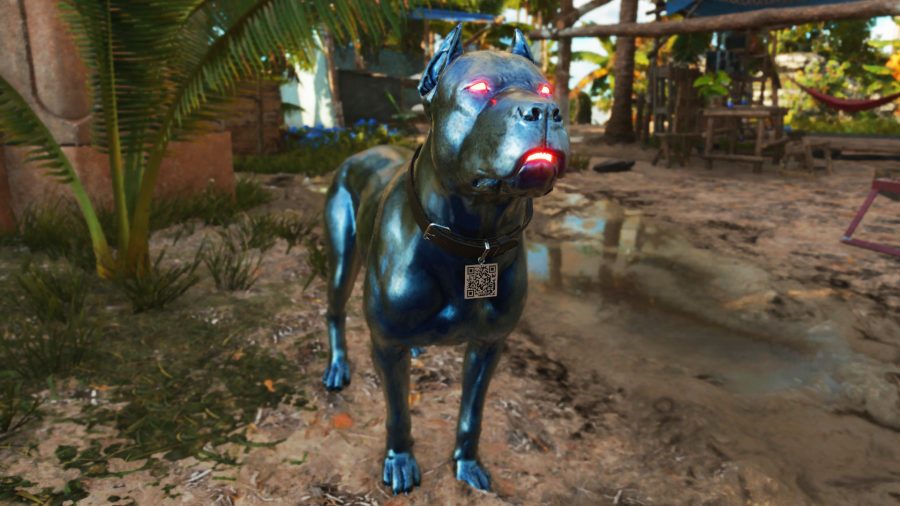 K-9000, the robot dog, is only available in the Blood Dragon set. This stealth amigo is highly durable and features immunity to poison and fire thanks to its futuristic lungs and skin.

Iron Skin – “Oluso uses the power of the Oluwas to slay enemies quickly and silently from the shadows.” 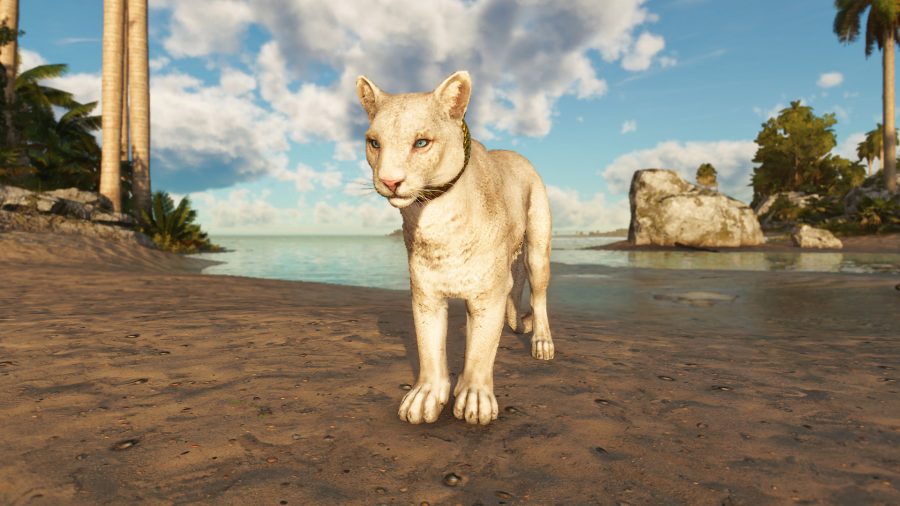 Status Symbol – “Something about the smell of minted currency drives this cat wild. She collects more money from dead enemies after combat.”

And now you know how to unlock all of the Far Cry 6 amigos. Don’t forget to check out our Far Cry 6 supremos guide to find out what backpacks are in the game.