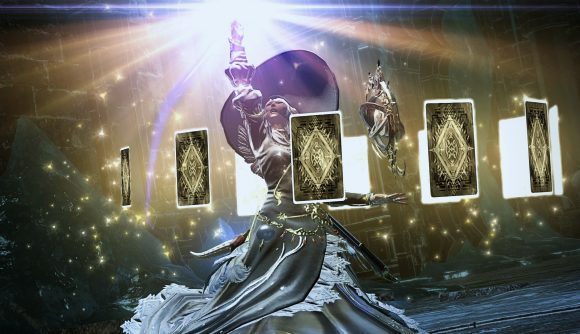 Someone has managed to get a Yu-Gi-Oh! duel-disk controller working in Final Fantasy XIV, which is pretty neat if you’re looking for an immersive way to play the MMORPG’s Astrologian job. Controller modder Louis ‘Super Louis 64′ Hamilton shared a clip on Twitter of his setup before posting the full shebang to YouTube, and it certainly looks taxing on the ol’ forearm.

Hamilton explains that, after weeks of work, he’s now got the setup to the point he can play through dungeons and raids with random people. His forearm is a tad too big for the toy these days, but you make do the best you can. If you’re wondering where the Astrologian job comes into all of this, users attune to various constellations to draw cards that can do things like heal or resurrect allies in battle. Essentially, the link between FFXIV and Yu-Gi-Oh! here is the cards.

The content creator further explains on Twitter that each slot on the disk is assigned to a party member, though it only goes up to four members in total right now. He also says that the most challenging part of setting up the controller was “somehow figuring out how to make the Yu-Gi-Oh! cards conductive”.

Hamilton has a full video to show how he did it, but apparently, the short story is “conductive paint and wiring”. Here’s a tease: 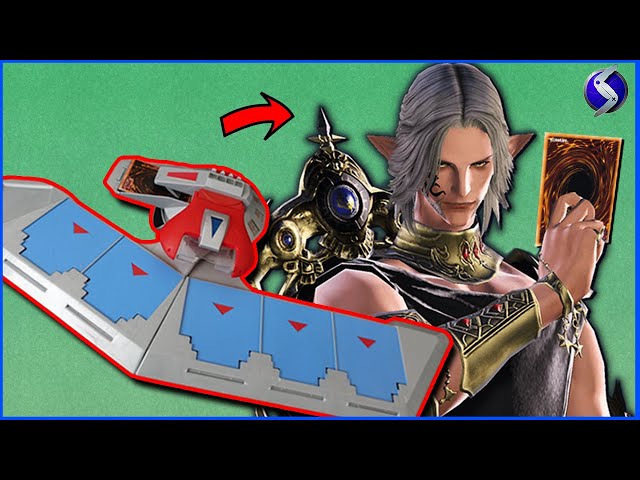 Hamilton has done plenty of other cool things with controllers, too. He played Overwatch on a Ring Fit Adventure controller and beat Sekiro on a set of Donkey Kong Bongos – both worth checking out while you wait for the FFXIV Endwalker release date to hit later this year.