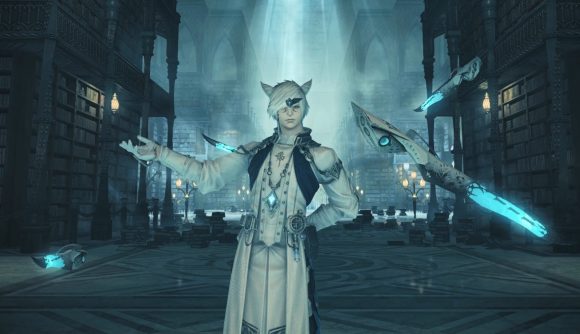 Using emotes to “mimic grinding against another character” or that are “evocative of sexual activities” is an “obscene/indecent expression” and thus violation of the rules – if you’re doing it in public or with a partner who’s not into the whole thing. Basically, these things are technically against the rules, but you’re only likely to get in trouble for it if you’re reported.

This is all very funny to see spelled out in explicit terms, but there are actually some meaningful breakdowns on what constitutes the type of harassment that the devs will get involved in. “If all members of a Free Company think that ‘slightly vulgar jokes are not a problem and will not cause offense’, then using expressions that fall under the category of ‘slightly vulgar jokes’ in the Free Company in question will not be considered a violation unless it is reported.