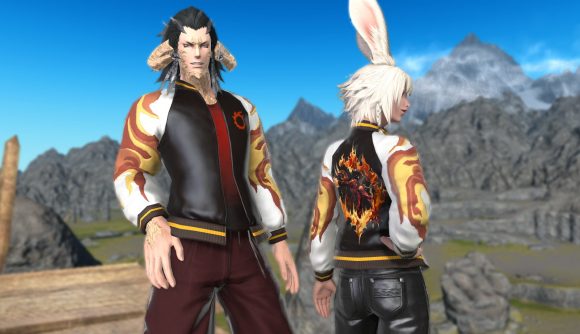 The Final Fantasy XIV: Endwalker release date lands in just over a month, but there’s still a bit more regular content to enjoy before we kick off the expansion. The return of the Moogle Treasure Trove and Dragon Quest crossover events have been on the roadmap for some time, but now the devs have provided a bit of additional detail on each – especially helpful for all the new players recently hopping into FFXIV.

The Moogle Treasure Trove event starts on Tuesday, October 19 at 1am PDT / 4am EDT / 9am BST, and will last until the launch of Endwalker. For the duration of the event, certain dungeons, trials, raids, and PvP duties will award Irregular Tomestones of Lore, which you can then exchange for special items with an Itinerant Moogle vendor that will be available in each of the three starting cities.

The items available include some that will be new for the event, including the sick leather jacket you see in the image above. Others are already available in the game, though those are mostly tied to especially difficult content or time-consuming grinds. You can see the full list of rewards, and the content you’ll need to grind to earn them, on the official site.

You can pick up the DQ event quest by speaking to Havak Alvak in the Steps of Nald area of Ul’dah at X:12.1, Y:8.2. From there, you’ll have to complete a series of themed FATEs (you can get their locations on the official site) in order to earn the event rewards, including a wind-up golem and a thug’s helm. You’ll also be able to purchase a King Slime Crown from Toughie, at X:8.2 Y:12.2 in the Steps of Nald.