Can’t decide which FFXIV race is right for you? From the tiny, adorable Lalafell to the hulking, lion-like Hrothgar – there is a Final Fantasy 14 race to suit every personality. As of the Final Fantasy XIV: Shadowbringers expansion, there are eight available races, each with two clans you can choose from. Picking an FFXIV race can take some time, but don’t worry too much, you can visit the Aesthetician to change up your style, or purchase a Phial of Fantasia from the Mog Station to switch to a different race.

It is worth noting that your choice of FFXIV race doesn’t matter too much outside of looking cool or cute, though this is a very important aspect to some. If you have already chosen a race that suits you but don’t know how to proceed from there, take a look at our FFXIV classes guide to get the most out of your character.

Without further ado, here is everything you need to know about the different FFXIV races from lore to height comparisons and everything in between.

Here are all the FFXIV races:

The Hyur are the most human race in FFXIV, they are average height and build compared to other races and will appeal to players looking to recreate themselves in game. Throughout history, the Hyur have become the most populous of the civilized races in Eorzea. 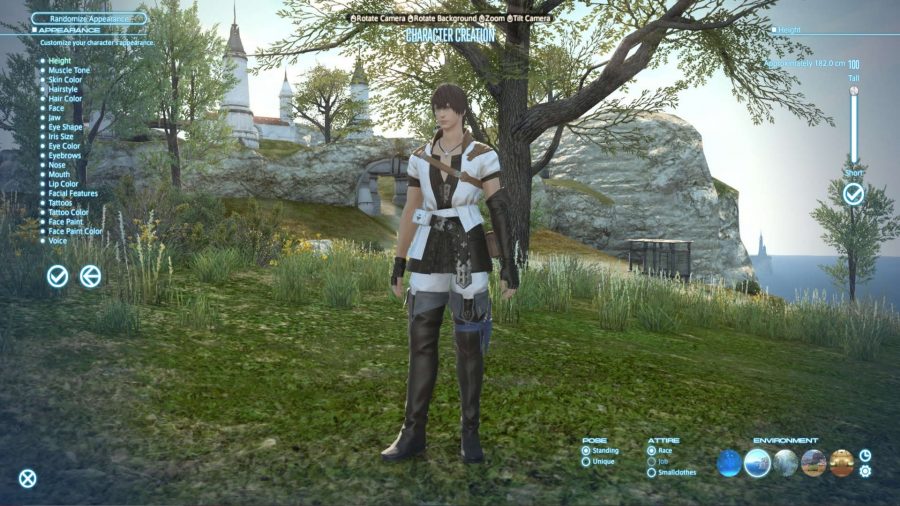 The Midlander clan get their name from the clan’s tradition of settling in low-land areas, though they can now be found throughout Eorzea. They are generally shorter than their Highlander counterparts. 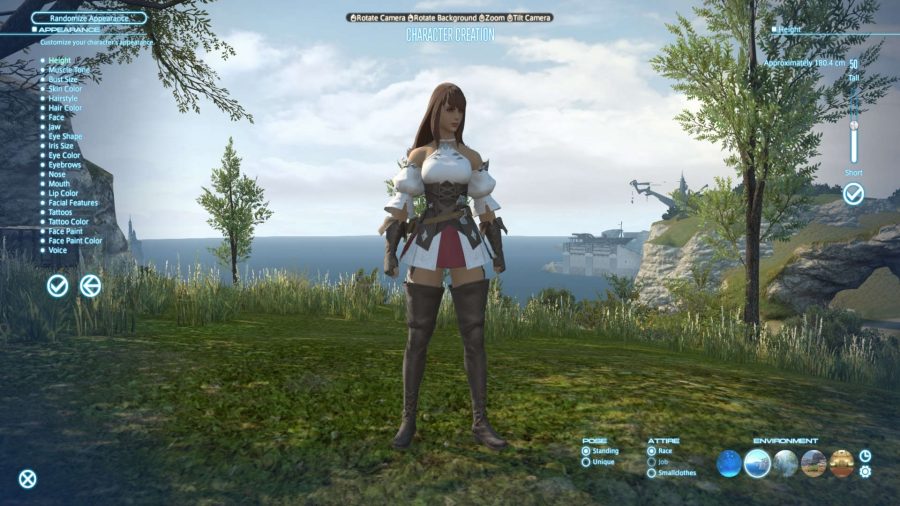 Before the fall of Ala Mhigo, the Highlander clan were known to live in the mountains of Gyr Abania, they now reside primarily in Ul’dah. They are generally much taller and more muscular than their Midlander counterparts.

The Miqo’te are a cat-like race with pointed ears and a long feline tail. They originally came to Eorzea during the Age of Endless Frost in the Fifth Umbral Era, though the lore of the Miqo’te will tell you they are less common than the other races, they are an extremely common choice amongst FFXIV players. 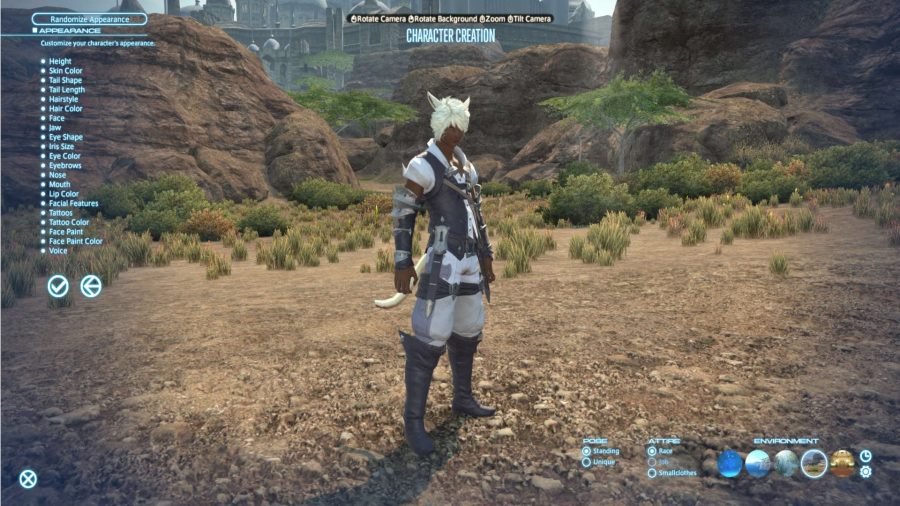 Seekers of the Sun clan

The Seekers of the Sun prefer to come out during the day and are said to primarily live in Limsa Lominsa and the Sagolii Desert. Both Miqo’te clans are shorter and smaller than your average Hyur and are covered in fur. What sets the Seekers of the Sun apart is their narrow, vertical pupils and light irises. 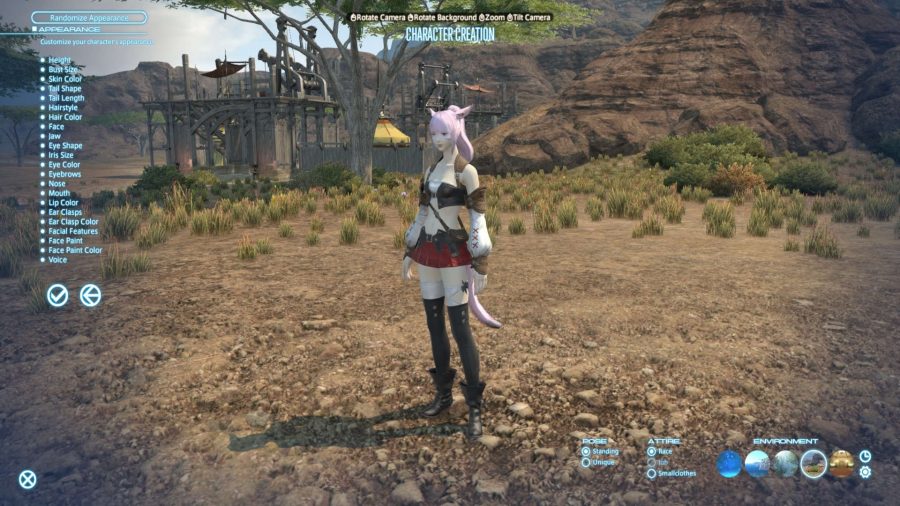 Keepers of the Moon clan

The Keepers of the Moon prefer to be out in the dead of night and are known to hunt in the woodlands of the Black Shroud. Their longer tails, darker fur, and large pupils set them apart from the Seekers of the Sun.

The Elezen are a tall, long-limbed, elf-like race with a much longer lifespan than that of the Hyur. When the Hyur arrived in Eorzea it sparked conflict between the two races, in recent times the Hyur and Elezen have learned to get along and live in harmony. 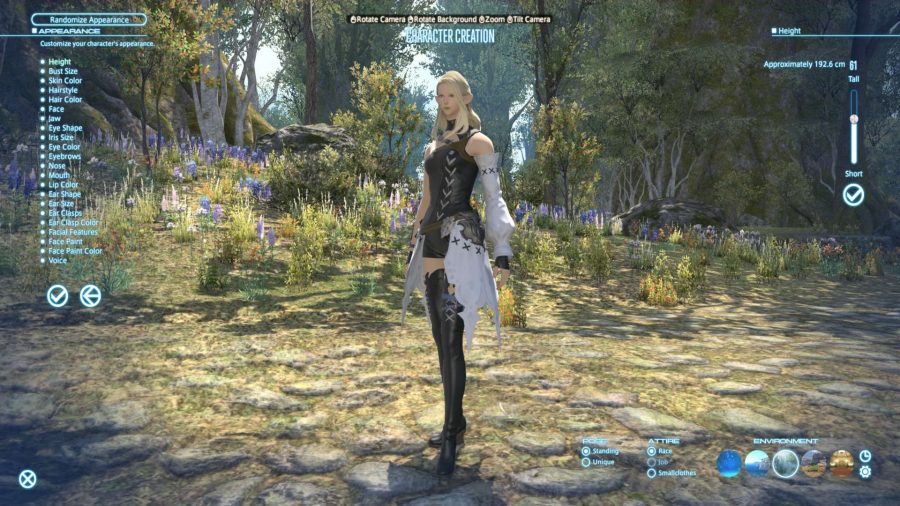 Both Elezen clans are known for their pointed elf-like ears and towering heights. The Wildwood clan are said to have better vision than their Duskwight counterparts, but this doesn’t affect your in-game play. 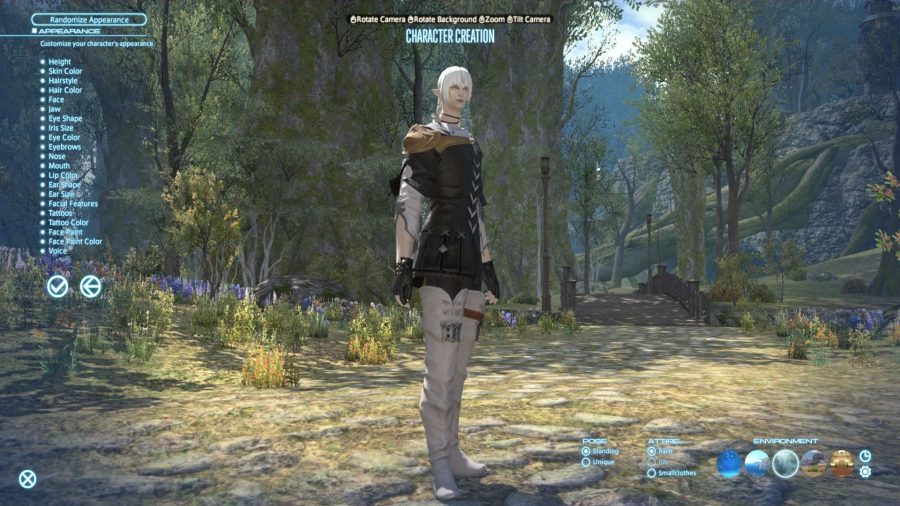 The Duskwight clan have a darker hue to their skin due to living in caves for most of their lives. They have a better sense of hearing than the Wildwood clan, though as with the heightened sense of vision their counterparts possess, the improved sense of hearing does not help in the game.

The Roegadyn are a hefty, muscular race, though they may look like barbarians, the race is generally known for being kind-hearted and loyal. The Roegadyn originally roamed the northern seas, but they eventually ventured into the south and entered Eorzean waters. 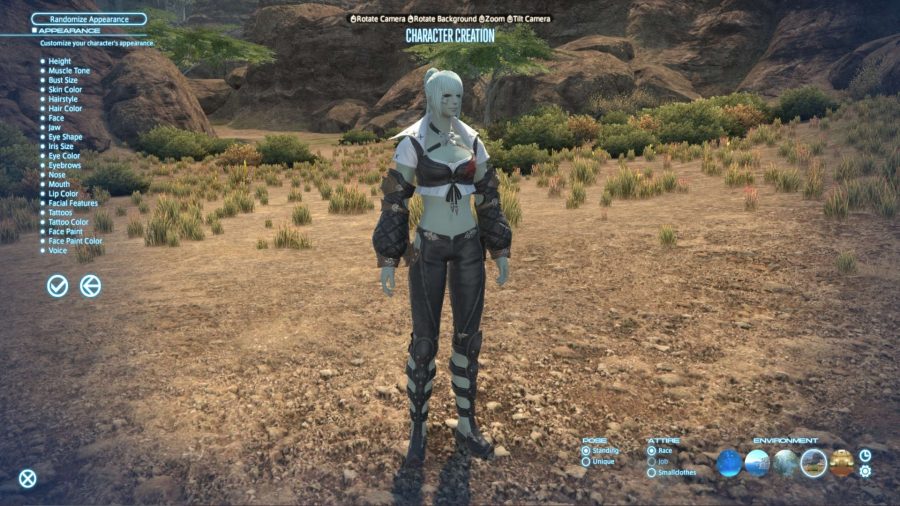 Both the Sea Wolf and the Hellsguard clans are massive, with fairly similar looks. The Sea Wolves take great pride in their hair and are often seen with braids and weaves. They are known to have green toned skin. 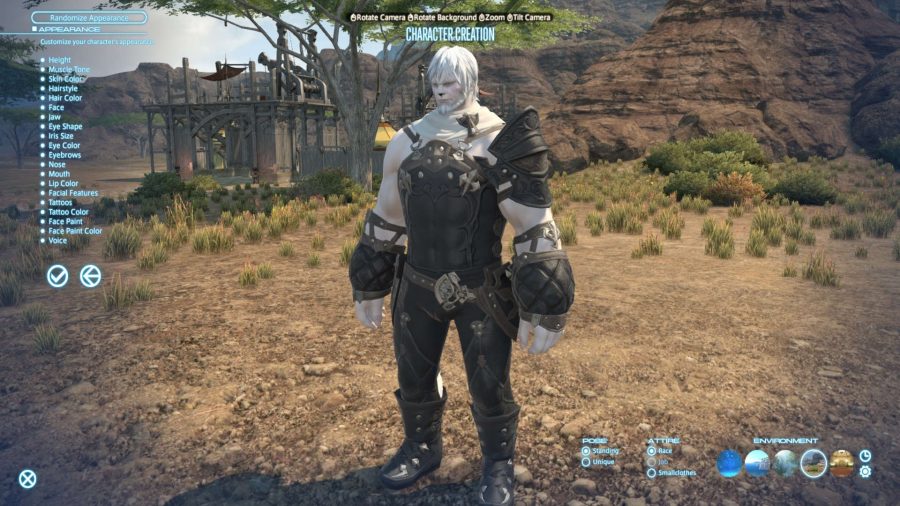 There isn’t too much difference between the two Roegadyn clans, but members of the Hellsguard clan can be distinguished by the red tone to their skin.

The Lalafell are a short, adorable FFXIV race, they have round faces and a generally child-like appearance. Don’t make the mistake of thinking the Lalafell aren’t tough due to their size, they can go head to head with the best of them. 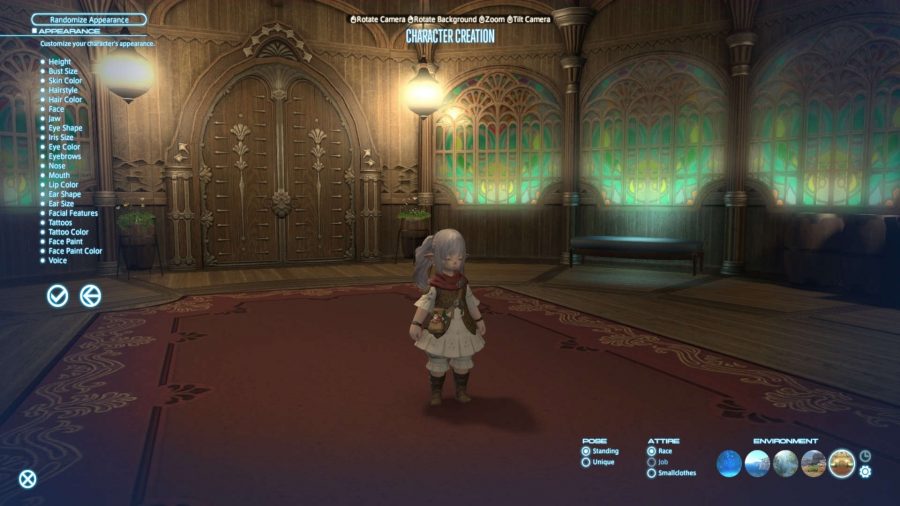 The Plainsolk are known for being farmers with relaxed demeanours, but have also held positions in the navy and worked in fisheries. Both of the Lalafell clans are short and round but the Plainsfolk are known for their earth-toned hair. 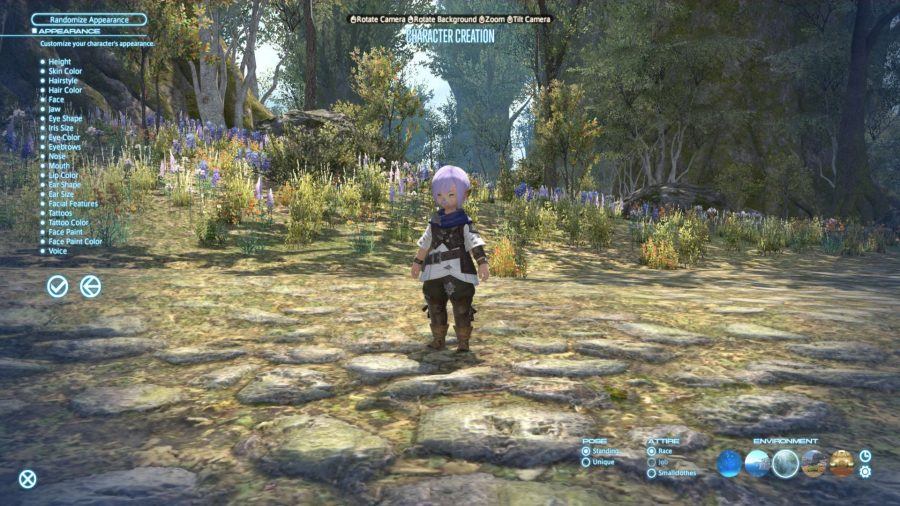 The Dunesfolk have spent a lot of time in the Thanalan desert which has given them tanned skin and glassy eyes with a thin membrane over them to protect them from the sand. They are just as short as their Plainsfolk counterparts.

The Au Ra are very similar to the Hyur race except for their curved horns and glistening scales. Many speculate they descended from dragons, but this is a hotly debated topic among scholars. The Au Ra were introduced with the Heavensward expansion. 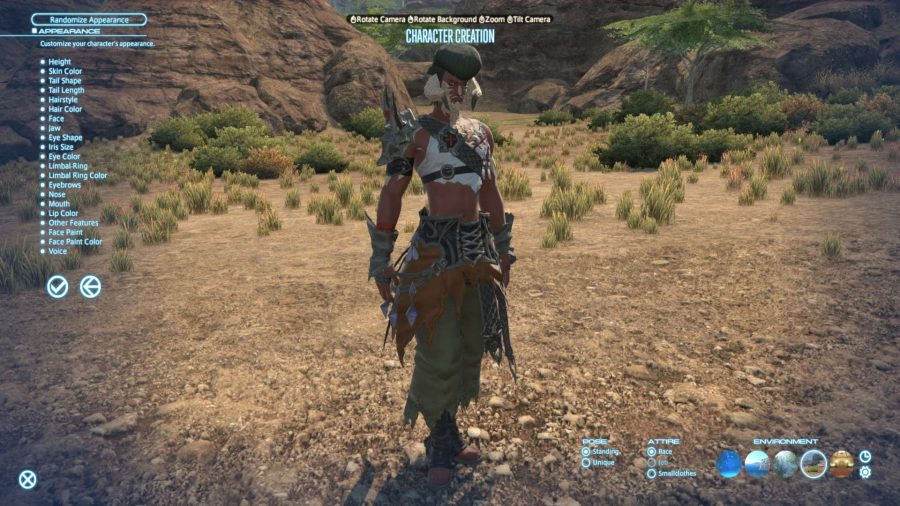 Female members of the Raen clan are short and slim, whereas the males can reach great heights. They have beautiful white scales and light coloured horns. 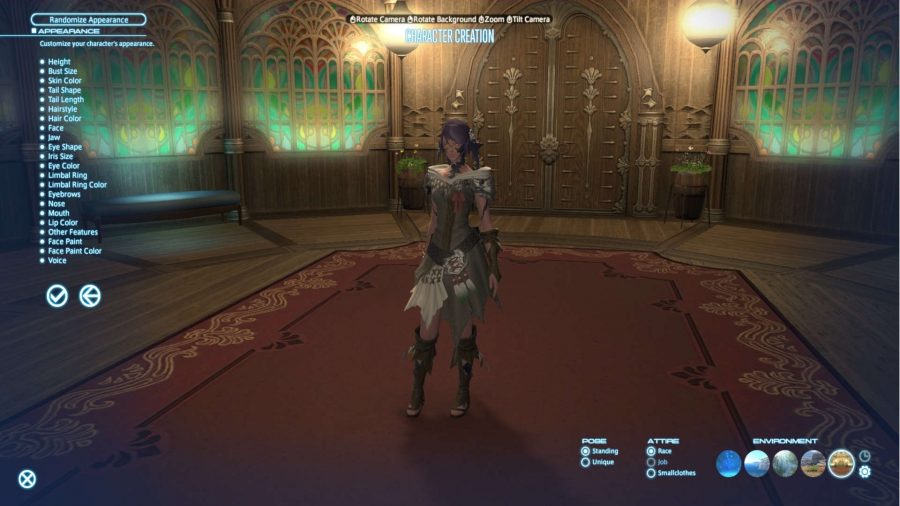 The Xaela clan are the same height and stature as the Raen clan, but are set apart by their black scales and dark horns.

You are only able to play as a male Hrothgar in FFXIV as it is said the females of the race are so few in number, it is rare that they are ever seen. The Hrothgar are a bulky lion-like race and due to their odd body shape, they have a limited wardrobe in-game. The Hrothgar were introduced with the Final Fantasy XIV: Shadowbringers expansion. 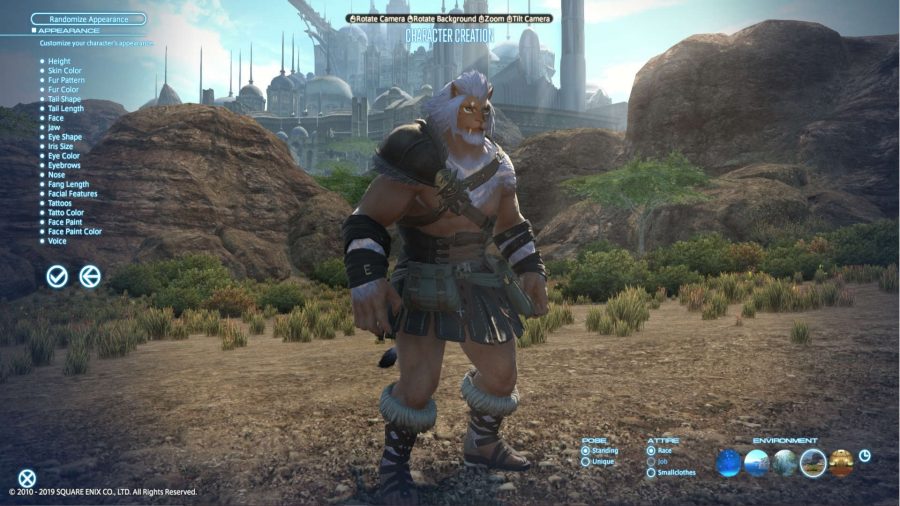 The Helions have warm-toned fur which sets them apart from The Lost clan. They are known to reside in southern Islabard and their lives revolve around the queen’s needs. 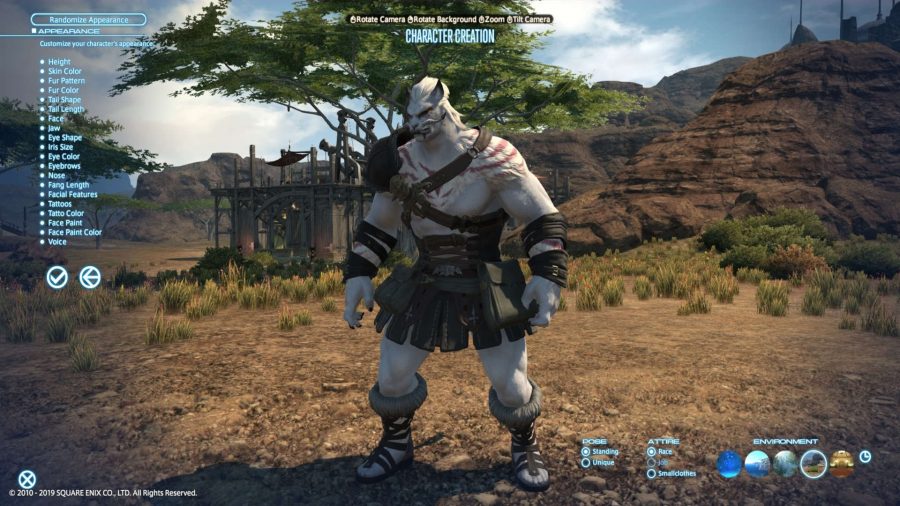 The Lost clan have monotone coats and are said to be far more carefree than the Helions. They are known for being skilled labourers, mercenaries, and peddlers.

You are only able to play as a female Viera as it is said the male of the race are rarely seen within the bounds of any village. They have similar stature to the Hyur and Elezen, but are set apart by their distinctive rabbit-like ears, they have limited in-game hat options due to this. The Viera were introduced with the Final Fantasy XIV: Shadowbringers expansion. 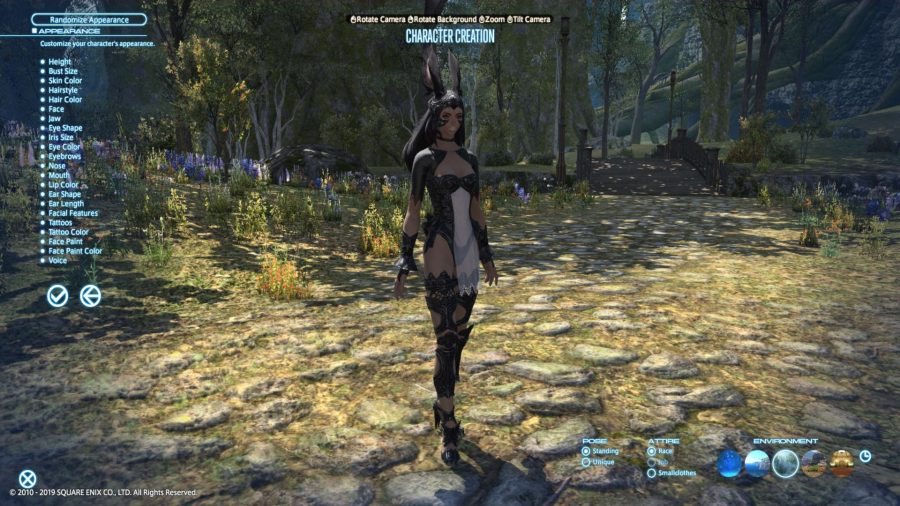 The Rava clan live primarily in the Golmore Jungle, they have a yellowish-brown skin and hair tone to blend in with their surroundings. 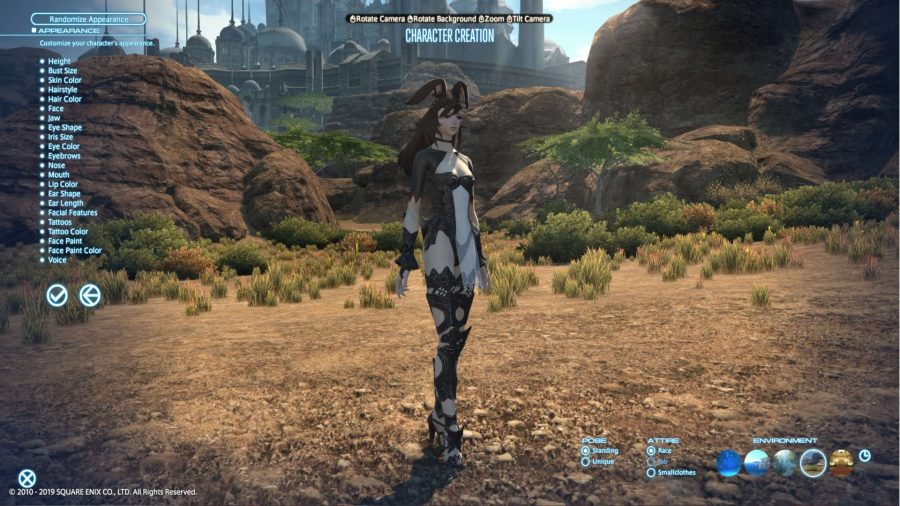 The Veena clan live in forests around the snowy Skatay Range, they have fair skin to blend in with their surroundings.

And there you have it, all the information you need to decide which FFXIV race best suits you. Once you have picked out your race and class, you may need help power-leveling to endgame, we can help with our handy FFXIV leveling guide.