Naoki Yoshida is grinning. The Final Fantasy XIV: A Realm Reborn director and producer’s expression suggests both an air of fond nostalgia and horrified recollection as he talks about the daunting process of overhauling the game.

“We had a list of about 10,000 points that we wanted to change or improve when we began the process of turning Final Fantasy XIV into Final Fantasy XIV: A Realm Reborn,” he tells us. “When reviewing those we realised that we couldn’t address all of those points. Something like 80% per cent of them couldn’t be achieved with our 1.0 release, because the structure itself at the heart of the game was broken.”

Last time we spoke to Yoshida the subject was what will be next for Final Fantasy XIV after Stormblood.

Yoshida seems to have stepped straight out of the game itself, dressed in its new-found success. His hair is carefully manicured, shaped to look as though it has not been touched, his fingers are covered in the kind of jewellery you would expect from a JRPG protagonist, while the subtlety of his glasses betray their expense. 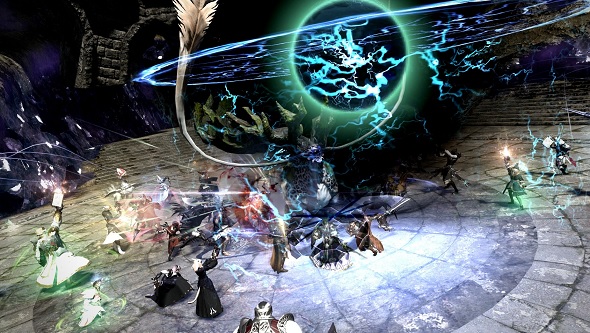 He laughs, too. Often. Which is not always typical in interviews that are bound by the formalities and rigidity you must adhere to when talking through a translator. In total, he presents a younger, more progressive face of a company and series that – it could be argued – have already experienced their finest hours. If anyone was going to resurrect and reinvent the ailing game then, in retrospect, it was going to be Yoshida.

“We decided to start over from scratch so that we could offer something really cool with FFXIV and give something back to those players already with us and, along with that, attract new ones,” Yoshida continues. “I think that was the right thing to do, and if we hadn’t started over again we wouldn’t have been able to have come back in such a successful way.”

Yoshida’s desire to ‘give something back’ to the players makes sense after you have spoken to him about his history with the Final Fantasy series. A Realm Reborn is the first time he worked on it – prior to this, he was focused on Dragon Quest, including Dragon Quest X, the fantasy series’ foray into the MMO genre. But throughout this time he describes himself as “just another Final Fantasy fan boy” who was “particularly fond of FFIII and FVII.” He sees himself as a Final Fantasy fan first, and a developer second.

“When playing Final Fantasy before I came to work on the series I had thought that the level of fan service was sometimes lacking and that the games didn’t always match what the players wanted,” Yoshida says.

“Of course, we – the developers – are the ones giving out the entertainment, and so it’s up to us deliver something that’s relevant. However, it’s important for the players to let us know what it is that they want us to make and I have always thought that it is very important for Final Fantasy to embrace this.”

This core vision inspired the foundation for A Realm Reborn. Yoshida set out to create an MMO that was akin to a modern-day theme park, one in which all ages of players – from teenagers to millennials, to the now middle-aged fans of the first Final Fantasy releases – could come together and experience the same events through their own filters of understanding and interest. 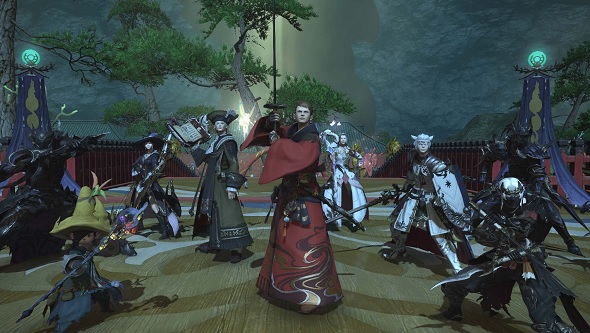 Such an inclusive approach feels especially relevant today given that the series will be celebrating its 30th anniversary this December. However, Yoshida still had to follow the broad rules that Final Fantasy has defined for its core titles up until now. Most importantly, A Realm Reborn had to have a narrative.

“FFXIV is an MMO, but before that it’s an RPG, and before that it’s a Final Fantasy game,” Yoshida states firmly. “At the heart of that rests a focus on making the main scenario something that players care about. We have spent a huge amount of time making sure that the story is as vital to this game as it is to other numbered Final Fantasy titles.”

Players have been playing A Realm Reborn and its various expansions for over four years now. The Garleans have been driven back, the Scions live among The Rising Stones, and the liberation of Ala Mhigo and Doma has been undertaken. Where is the story going from here on out? 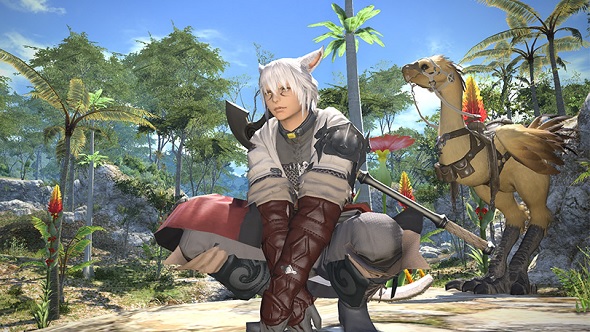 “The overall story is ongoing and we have some plans as to how to end it. We’re gradually moving towards that point, but that doesn’t mean that the game is going to end as a service,” Yoshida says. “Hypothetically speaking, there is a chance that a new storyline could start up once this one is finished – but nothing has been decided yet. It’s all just a bunch of options at the moment and our main priority to make sure players are still having fun.”

Keeping players engaged – no matter if there is new story content available to them or not – represents arguably the greatest challenge developers of MMOs will face, and A Realm Reborn is no different in that regard.

Whether it is working on improving the experience for new players, tweaking and progressing the top-level content for veterans, or understanding precisely how new forms and examples of fan service can be added without undermining the game’s status as an entity in its own right, an MMO’s status as a ‘service’ sets it apart from other creations. 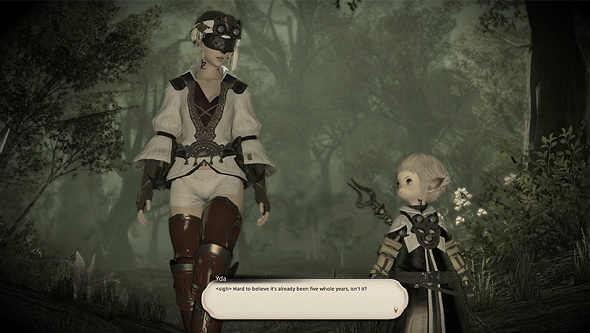 But there can still be progress and achievements within such an ongoing entity, and even a sense of resolution – not just in terms of the yarn spun by its writers, but also in the vindication earnt by a team of developers who have transformed what was once disastrous into an unmitigated success.

“I’d never tell you that the game is perfect,” Yoshida says, “because that wouldn’t be true given that we’ve always got things that we want to add and change. There isn’t a point at which you can say that an MMO is finished.

“Still, if you look back to 2013 when we released A Realm Reborn we were in a tough situation given the time constraints and the amount of work we had to get through. I don’t think we could have done anything more than we did at that point.”