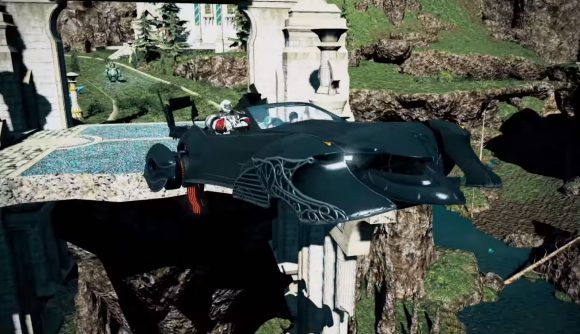 Final Fantasy XIV is now into the series of patches which will set the stage for the Endwalker release date in November. Today, we’ve got patch 5.57, which mostly brings us some big relief to the endgame grind in Shadowbringers, alongside some more convenient world visit options.

After patch 5.57, you’ll now get three timeworn artifacts from Delubrum Reginae, up from just one, which should make that particular grind, well, three times faster. The weekly cap on Allagan tomestones of revelation has been doubled. Weekly restrictions on Savage Eden’s Promise coffers have dropped, and you’re now guaranteed two treasure coffers.

The rest of the patch notes are largely made up of quality-of-life changes like that. The other notable thing is that you can now choose to visit another randomly-chosen world server from the login screen. You won’t be able to choose where you’re going, but this will make it easier to log in on days when your home server is overcrowded.

The next big stop on the FFXIV roadmap comes  in July or August, we’ll get patch 5.58. The rest of the roadmap includes the return of the usual seasonal events, including Make It Rain, Moonfire Faire, and The Rising. (Sadly, it looks like we’re once again missing All Saints’ Wake, the Halloween event.)

The one surprise in the list is the return of the FFXV collaboration, which means you’re going to get another shot at grabbing a Regalia mount. (Does that technically make FFXIV a racing game?)

A variety of #FFXIV seasonal and collaboration events are planned in the run up to the release of #Endwalker! pic.twitter.com/sQFh87r6ht