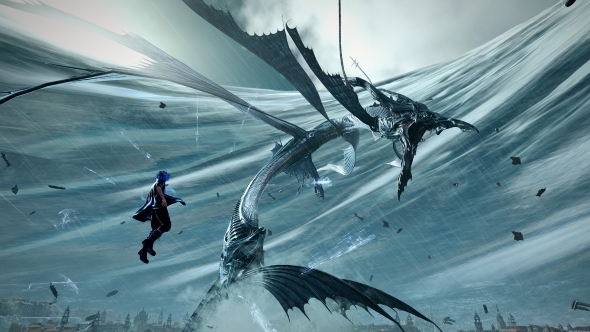 Final Fantasy XV PC mods are going to be huge. Square Enix have already confirmed they want a strong modding community, and offered a first taste of this with a mod that replaces every civilian NPC in the game with cactuars. But what Final Fantasy XV mods will the community create in the months and years after the game releases? We have a few ideas – a mod wishlist, you could say.

While you wait for Final Fantasy XV, keep busy with our list of the 15 best RPGs on PC.

Here are the Final Fantasy XV mods we would love to see: 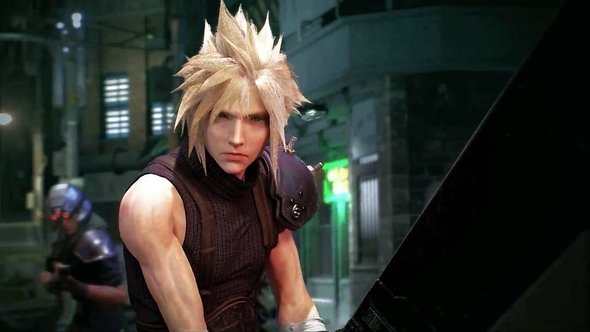 This one is almost guaranteed but we are putting in a formal request. Let’s replace FFXV’s boyband with characters from the best games in the series. Yes, we are asking for Cloud and Tifa, Zidane and Garnet, Tidus, Lulu, Balthier… pretty much anyone you can think of from the series’ long history. Not only would this allow us to take on the roles of these wonderful characters again, but it would add some much-needed colour to XV’s clad-in-black roster, plus some women to prevent the whole thing feeling like a bad lads night out.

And since this is a fantasy wish list, it would be nice if these skins could come packaged with animations and voice lines pulled from the relevant games. That would really help bring these classic characters to life. 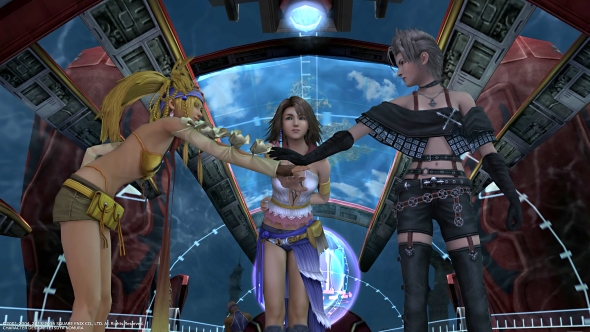 There are a few costume changes in Final Fantasy XV but, for the most part, your foursome of best boys parade around in black leather. For a series with a history of wonderful costume design this wardrobe is disappointingly restrained. So, for the love of chic, will someone please put together a fashion mod? Even better if you can fix up a dress sphere system akin to the one seen in Final Fantasy X-2. We want to dress our boys up in sweet outfits and cool hats. They need to look a billion dollars while zipping around on a chocobo, gosh darn it. 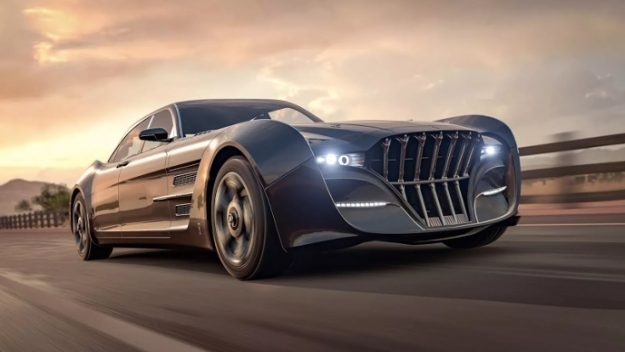 One of the most obvious Final Fantasy XV mods is extra customisation for the Regalia – your plush sports limo… thing. The game already features some decent customisation options but it is simply not enough. We would love to see a mod that allows you to completely transform the Regalia into a different motor. Why not a roomy SUV? Or perhaps components based on real cars. Who doesn’t want to see Noctis and crew riding around in a Tesla? 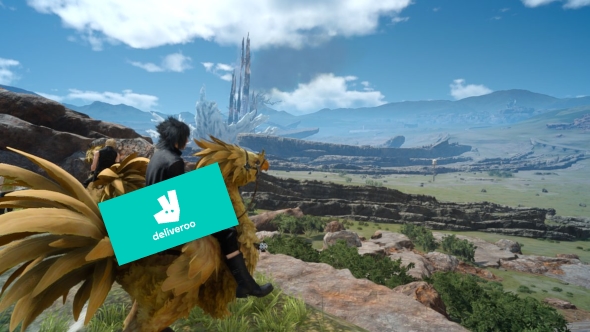 You probably know that food is a massive part of Final Fantasy XV. Chowing down on one of the game’s many delicious recipes confers a variety of bonuses, and this can be of great importance before fighting a boss. But eating requires either dining at a restaurant or pitching a tent and cooking the correct ingredients. What if you forgot to prepare and are now on the boss’s doorstep? Deliveroo, that’s what (or Uber Eats, if you are in the USA). Just think about it: a Final Fantasy XV mod that instantly sends a delivery chocobo laden with tasty treats right to wherever you are in the world. No need to pre-prepare, just get the food you need when you need it. You know it makes sense. 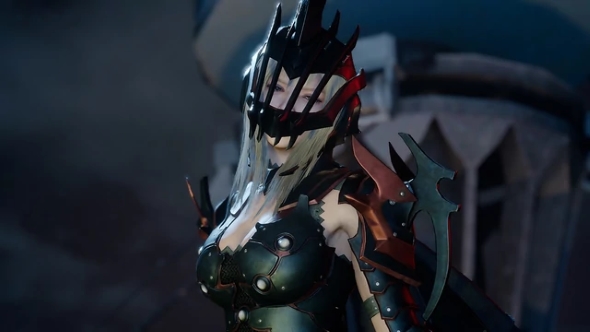 The true tragedy of Final Fantasy XV is not that it is taking ages to come to PC, nor that Chapter 13 is a bit guff. No, the real problem is that its very best character – Aranea – is merely a guest party member. The badass heroine, clad in one of the best armour designs the series has ever produced, sticks around with Noctis’ crew for just a short few quests, meaning there is not long to witness her brilliant combat flourishes. Of course, this need not be a problem if modders break the chains and make her a permanent party member. 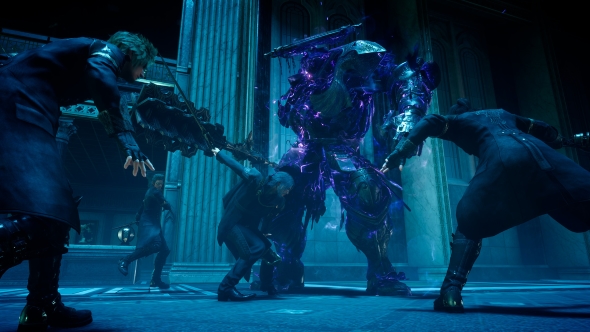 An ambitious Final Fantasy XV mod could add a job class system to the game. Once a huge part of the series, job classes have been largely eradicated in modern Final Fantasy titles, but their legacy lingers in the form of characters fulfilling specific combat roles. In FFXV, however, classes are pretty much non-existent as – aside from Gladio being your party’s tank – the foursome are largely interchangeable in combat.

A greater level of tactical depth could be introduced by a job system; assign a role to each of your boys and mould them into titans of battle. With Final Fantasy XII’s job system fresh in the mind thanks to the recent PC version, it is exciting to imagine the kind of game XV could be with more defined class roles. 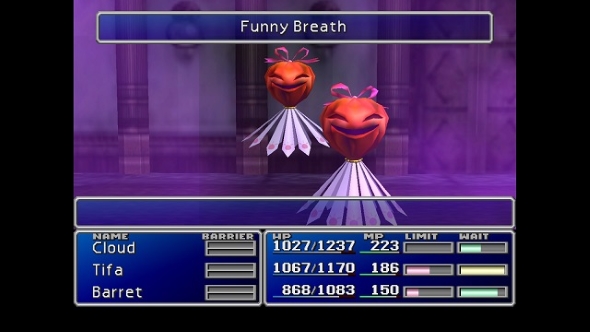 We have already mentioned that a Final Fantasy XV mod for classic character skins is a must, but let’s not focus only on the heroes. The series’ monster designs have often been as iconic as its heroes, and this is an area where XV often stumbles. Where are the nightmare-fuelled creatures from days gone by? We would love a mod that injects a bit of the weirdness that has faded from the series: bring back the likes of Hell House, the Death Claw, the Zemzelett, and – of course – the Dorky Face. 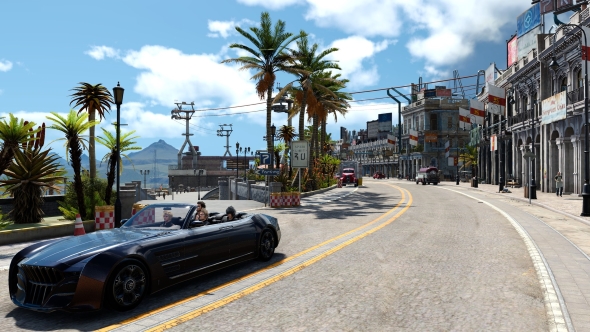 One of the small joys that FFXV provides is the Regalia’s in-car radio. It is pre-loaded with some of the finest tunes drawn from the history of Final Fantasy, and you can buy new albums from stores around the world. But after exhausting the VII – X library (admit it, those are the only ones you care about) you will probably be looking for new material. So why not a Final Fantasy XV PC mod that plugs into your own music collection, or perhaps even Spotify? Hey, it worked for GTA, so why not Final Fantasy?

That is our wish list for Final Fantasy XV PC mods, but which changes would you like to see? Let us know in the comments, kupo!