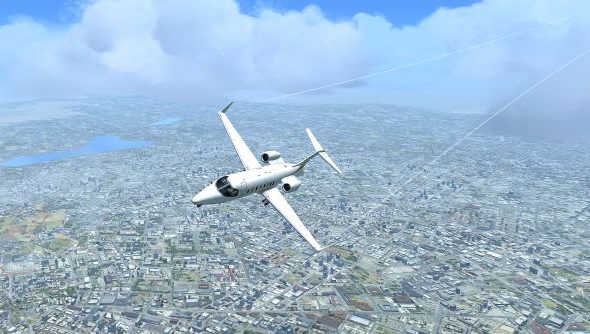 Microsoft last year opened up development of the dusty Flight Simulator X to a studio they hadn’t made defunct: Dovetail Games, the Train Simulator people.

Dangerous Approaches is the first fruit of that decision: a Steam add-on made up of 20 challenges developed by aviation royal Jane Whittaker.

The challenges offer specific – and in some cases nightmarish – scenarios that sound well-suited to seasoned simmers: landing a Boeing 747 in Hong Kong during a thunderstorm, collecting mountaineers from Everest base camp, and braving Greenland in a snowstorm to delivery medical supplies.

But a “unique” guiding feature will lead new players through each flight, providing information on the quirks of an aircraft or the best way to make an approach.

“It’s been thrilling to create these exciting and dynamic add-ons which take full advantage of FSX: Steam Edition,” said Whittaker. “Dangerous Approaches is fully customisable, allowing simmers to use their own aircraft in all of the missions.”

Ace. The add-on is set for launch in mid-February, and three more will follow it down the runway in the coming months. Isn’t it nice when Steam can make the financial case for bringing a game back to life?