Update 12 Feb, 2016: FNaF World has returned, now free on Gamejolt with an updated overworld and more updates to come.

As promised, Scott Cawthon has returned Five Nights At Freddy’s RPG-spinoff FNaF World to availability. It’s now completely free and has received an update to remodel its overworld and add other features. This comes less than three weeks after the game was initially let out, then pulled from sale, for being rushed to release.

If you liked FNaF’s moments of brutal tension, you’ll find similar situations in our list of best zombie games.

If you want to play it you can download it on Gamejolt. Here’s what the new map looks like: 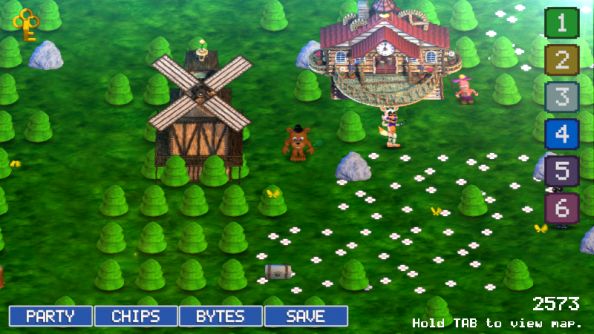 Exactly what else has been changed isn’t clear, but Cawthon’s promises upon first apologising for its early state and then taking it down included improving the interface to provide more pertinent information easier as well as the graphical upgrades. Knowing his past games, chances are something mysterious and bloody has been added in as an easter egg for dedicated fans to find too.

Via the Gamejolt description, this is just the first of planned updates for the game, which sits at version 0.1.1 on there. While development and release of the was certainly initially rushed, it looks like Cawthon is committed to correcting his mistakes, and totally free of charge.

This story just keeps getting weirder. Releasing his game a month early, Scott Cawthon initially apologised for the state FNAF World was in, saying he had ignored key features that should have been available. He said he would continue to work on the game and update it with these things for free, as well as expand it in general. However, he has now pulled the game from sale while he works on it and has told Valve to allow customers to get a refund no matter how much time is on the clock. When it does re-release, it will be completely free and significantly upgraded.

The announcement was made via the FNAF 4 Steam page, where Scott had this to say:

“Even though the game had a ‘Very Positive’ rating with 87%, I was not satisfied with the reviews and ratings it was getting. I’m still going to work on FNaF World and polish it up. I’m busy creating a fully 3D overworld for the game. When I’m ready to update the game, I will replace the demo currently on GameJolt with the full game. From this point forward, the game will always be free.”

As well as those promised additions and upgrades, he urged anyone who had bought it to refund, no matter how much they had enjoyed it. It’s a fairly extreme measure, even by the standards of friendly indie developers. Even with Cawthon’s legendarily quick development time, throwing away all that time and money isn’t cheap or easy. Still, a great gift to a playerbase that was certainly frustrated with the latest entry, if not wholly negative. Have a look at the full statement here. 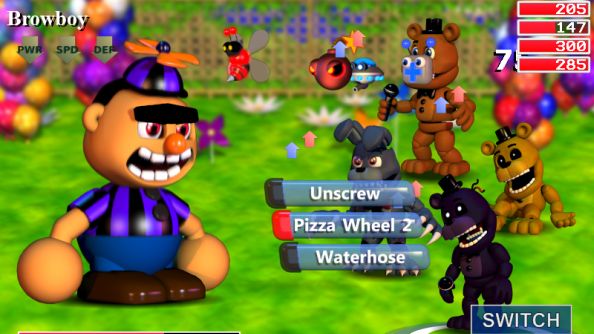 Update 22 Jan, 2016:Scott Cawthon, creator of the franchise, says he released the game too early and it doesn’t have features it needed.

Guess that extra month of development time probablywasneeded. In a post on the FNAF World Steam page, creator Scott Cawthon has apologised for releasing the game too early and lacking key features. He’ll be working over the coming weeks, presumably up until February 19th at least, implementing things like character stat pages and being able to see what abilities do.

Calling them features “any good RPG would have,” Cawthon explained his history of releasing games quickly and why it went wrong this time:

“You know, I’ve been accused of rushing my games ever since FNaF 1, but I’ve never felt that I’d released a game too early… until now. There are a lot of features that this game should have had before release, features that I was told about, but ignored and didn’t implement. I got too eager to show the things that were finished, that I neglected to pay attention to the things that weren’t.”

He apologises again to his community and promises that these features will be implemented soon. Perhaps surprisingly given he felt there was a need for a public apology, there isn’t the flood of negative reviews I would have expected. FNaF draws its selection of haters as anything popular and off-kilter does, but fans of the series seemed relatively happy with it. The Steam forums are a wasteland I daren’t look into too closely, but neither they nor the Reddit seem particularly angered either. Respect for the mea culpa, but it may not have been necessary. 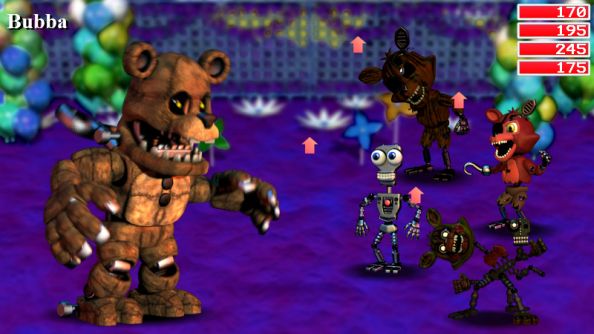 Original Story 21 Jan, 2016:Well, isn’t this a nice surprise? FNaF World, the fantasy role-playing slant on the Five Nights at Freddy’s series, has been released on Steam well ahead of its proposed February 19 launch date.

In what marks the end of the Five Nights at Freddy’s series as a whole, FNaF World is out now. Just to be clear: the latest entry is not Five Nights at Freddy’s 5, as creator Scott Cawthon has keenly stressed in the past, but is a JRPG-style spin-off that features Freddy Fazbear and the rest of the series cast. This means 40 different characters, a number of different endings and a multitude of difficulties.

As recently as last week, FNaF World was expected to reach Steam on February 19, however Cawthon took to the last main series entry’s Steam Community forum to revise its launch date in a typically tongue-in-cheek manner.

When asked if the proposed release date was false, Cawthon replied a whole two minutes later with: “I won’t make it to Feb 19th. Clear your schedules for this weekend. ;)”

Here’s a quick glance at what FNaF World is all about, as per its Steam page synopsis. “Take control of Freddy and the gang as they set out on a quest in the world beneath worlds,” it reads. “A world that reflects the actions and deeds of the ‘flipside’, where things have started becoming distorted and broken.

“Lead your team deeper into this digital world to find the source of these glitches and monsters, and restore it to what it was designed to be – a safe haven.”