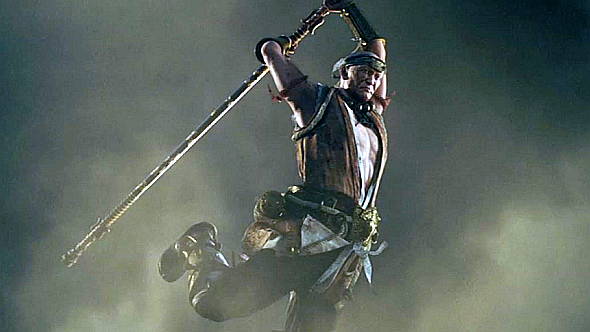 From June 11 (today) to June 18, you can download For Honor for free. If you do so, it’s yours to keep for good – Ubisoft is literally giving it away as long as you claim it in the next week.

The giveaway was announced by Roman Campos-Oriola, For Honor’s creative director, at Ubisoft’s E3 conference. It’s an offer well worth considering: For Honor has come on in leaps and bounds since its rocky launch, and it’s now a pretty fun, pretty stable action game, with lots of classes to explore and a rewarding combat system.

Competitive type? Batter your mates in the best multiplayer games on PC.

In February we learned that For Honor has a million active monthly players. Together with the coming giveaway and today’s news of further support – including a new faction and a new game mode – you can probably count on plenty of competition.

If you missed all the excitement around its launch last year – as well you might, since it only lasted about a month – you can catch up with our For Honor guide.

If you’re already convinced, click here to go to the Ubisoft website and get involved in the For Honor giveaway. You’ll get full access to the PC starter edition on Uplay.