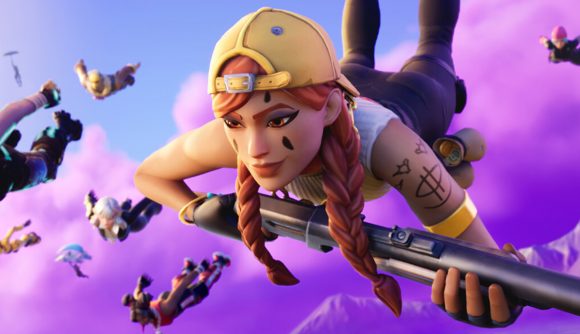 The latest Fortnite season is here, but that’s never the end – and Epic has just provided the season’s first major update with 18.10. We’ve got a handful of new features, but the exciting part is that the promised improvements to XP are here, and they’ve greatly accelerated seasonal progression.

You’ll now get XP from shared quests, and boosted rewards from daily and character punchcards. Players have been doing some early research into XP gains after the patch, and Epic’s not kidding about the “substantial” boost. Daily challenges and new punchcards now all give 30,000 XP, which basically doubles the previous XP you were getting from those challenges.

XP for weekly punchcard challenges has been nerfed a bit, though, as Epic wants to “to lessen the setback of not completing them”. The boosts across other challenge types more than makes up that difference, however.

The update also adds a new Chili Chug Splash item, which restores health and shields and also gives you a speed boost. OG Chug Splash is back in the game, too, as is the Hunter’s Cloak.

Check out our guide to the Fortnite Season 8 map for help with the new locations, or check out some further battle royale games if you’re looking for something fresh.