Looking for all the changes made to the Fortnite map in Chapter 2 Season 8? The alien invasion is finally over, but an even bigger threat has made its way onto Fortnite island. Long time Fortnite players may remember when Kevin the Cube made its first appearance in season 5 – the mysterious cube moved across the map for weeks before destroying Tilted Towers.

Chapter 2 Season 8 features multiple cubes, except this time they’ve created rifts into another dimension called ‘the sideways’, filled with dangerous monsters and game-changing loot. We know the cubes are capable of causing vast amounts of destruction, yet the Fortnite map has remained largely unchanged since their arrival. The most significant changes are in a few locations that were destroyed when the cubes crash-landed from space.

Remember, the Fortnite devs are known for changing the map whenever they see fit. These cubes aren’t just going to sit on the island without causing any havoc. Don’t be too surprised to wake up one day and see your favourite named location wiped off the map by one of these cubes.

The Fortnite map didn’t receive any additional places of interest, but this could change as the season progresses. Numerous locations saw damage during Operation: Sky Fire, however, it looks like every location managed to avoid taking any damage.

Many locations on the Fortnite map are not labelled, yet they have a name when you enter the area. These locations are known as landmarks, and there are quite a few of them in the new season.

Here are the new landmarks introduced in Fortnite Chapter 2 Season 8: 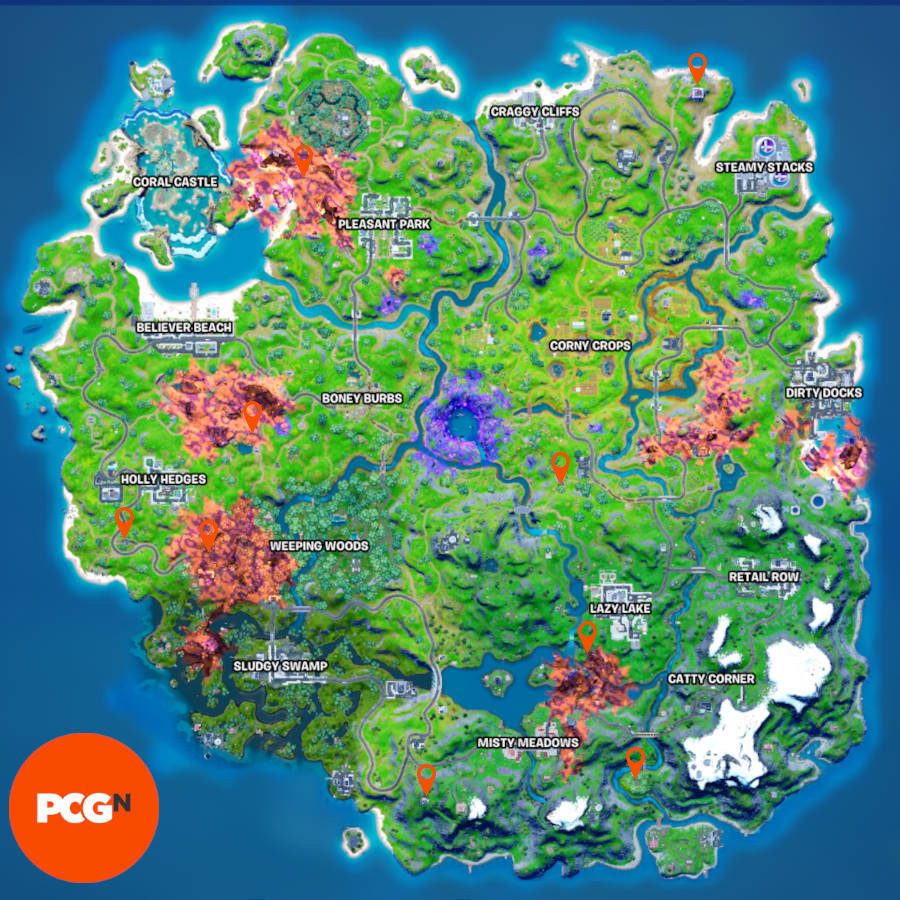 That’s everything you need to know about the map changes in Fortnite Chapter 2 Season 8. The new Fortnite battle pass includes a variety of character skins, including the highly customisable Toona Fish and Carnage from Spider-Man. Challenges also received an overhaul this season – be sure to check out our Fortnite punchcard challenges guide to find every quest in the game. Finally, if you want to check out all the new weapons added this season, check out our Fortnite new guns guide to learn about them, as well as the recently unvaulted weapons.