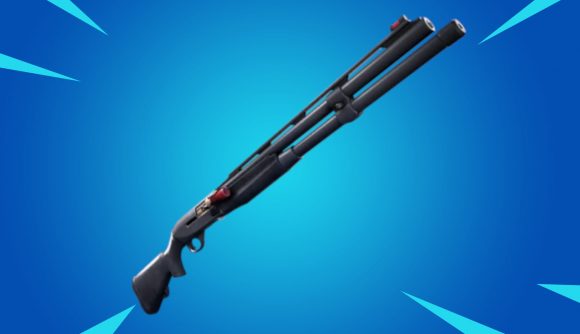 The Fortnite 18.30 release times have been confirmed, and as ever, Epic has taken the opportunity for a quick little teaser about what the update will bring. This time, it looks like we’re getting another chance for a vote on the next unvaulted weapon, and it sure sounds like the options will be between the combat shotgun and boogie bomb.

Downtime for Fortnite 18.30 begins on October 26 at 1am PDT / 4am EDT / 9am BST, though matchmaking will be disabled 30 minutes before that point. Downtime typically lasts for about an hour or two, and once servers are back up, you’ll be able to hop in and see whatever map changes and new content await.

The devs are teasing a choice between “force” and “combat” or “groove” and “rhythm” following the update, and dataminers are certain this is a reference to an upcoming vote between the combat shotgun and boogie bomb, both of which were vaulted in Chapter 2 Season 5. Previous votes in war effort events have allowed players to bring back weapons like the combat assault rifle.

The full patch notes should arrive alongside the update tomorrow.

Do you fight with force… or with groove?

The v18.30 update is scheduled for release on October 26. Downtime will begin at approx. 4 AM ET (08:00 UTC), with matchmaking being disabled approx. 30 minutes before. pic.twitter.com/CNQZaBdstB

Check out our guides to Fortnite V-Bucks or the best Fortnite skins if you’re looking for more out of the battle royale.