As you might be aware by now, Epic Games is well into crossing Fortnite over with other popular pop culture entities. In recent times we’ve seen figures from Terminator, Predator, and Street Fighter board the battle bus to ask the age-old question: ‘Where we dropping?’ Next, though, best buds Xenomorph and Ripley of the Alien franchise are joining in the fun.

Epic set tongues wagging a few days ago when it posted a teaser on its Twitter account that pointed towards the inclusion. As tradition goes at this point, players then stumbled across a portal on the map that teased it further, with Xenomorph’s screech being audible. People had a solid enough idea that the next crossover would be Alien-themed at that point, but someone took it a step further with a spot of dataming and, yup, it’s Xenomorph and Ridley.

Epic then put an end to the speculation with a trailer that features Ripley fighting off a horde of Xenomorph before Jonesy strolls in to save the day. So there you go, now you can recreate your own version of Alien vs Predator in Fortnite. 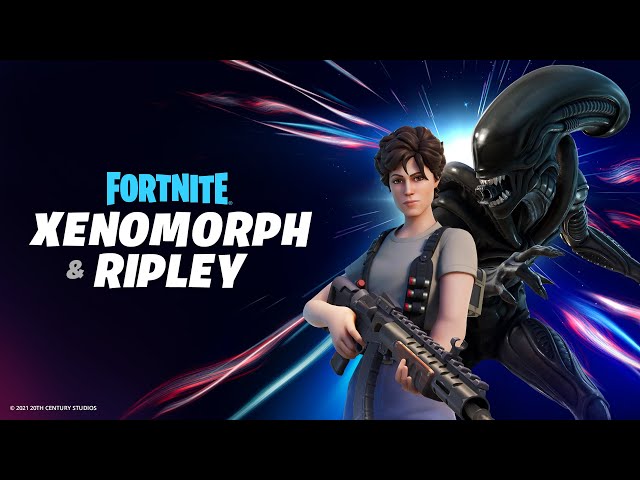