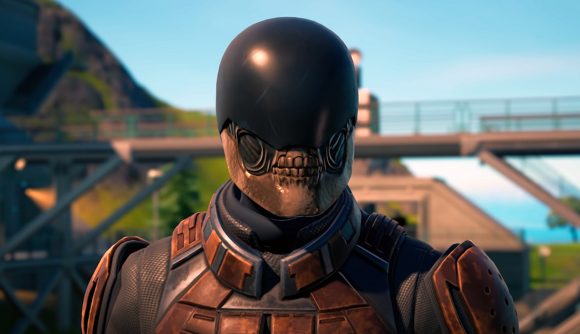 The Suicide Squad is getting a crossover with Fortnite, thanks to a new video featuring Idris Elba telling us about a new Bloodsport skin and items coming tomorrow, August 3. The continued lesson is that we should never be surprised by a Fortnite crossover. And there are hints that there’s more to the collaboration than a single skin, too.

The minute-long video (hey, I assume Idris Elba is a busy guy) shows off just a few seconds of Bloodsport competing in the battle royale game. As Idris adds, Fortnite fans should “prepare to get some dubs.” While I am currently crawling inside my own skin and dying as a result of presenting that quote, I gotta admit the skin looks pretty cool.

The crossover was teased last week by the movie’s director James Gunn himself, and now we have a rough idea of what it includes. Aside from the Bloodsport outfit, there seems to be a number of cool weapon skins and a particularly fun Starro back bling.

Either way, you can check out the new trailer below, which at the very least includes Bloodsport and Harley Quinn taking on Superman – so that made my day at least. 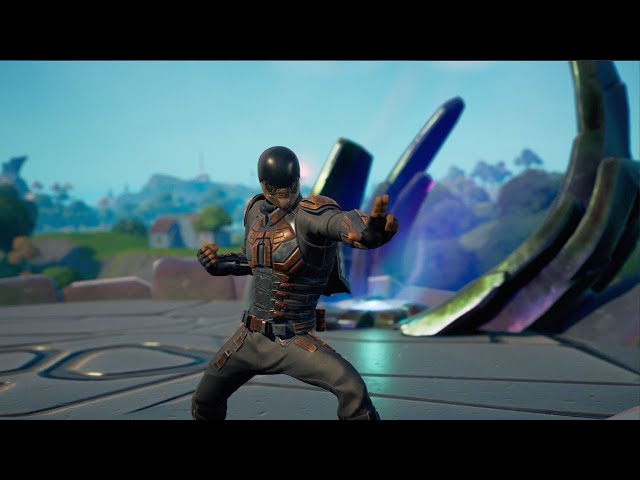 Check out our guide on how to collect access cards from IO guards in Fortnite if you need some help with the current challenges, and Ariana Grande is also coming to the game later this week – with her quests kicking off now.