Want to know where to find the IO guards in Fortnite? The popular battle royale game has once again had a big update as part of the new season. All of the IO guards have now moved from their big satellite stations into smaller bases. There are also some related Fortnite punchcard challenges – these include dancing near an IO guard and eliminate a downed opponent with a harvesting tool.

These punchcard challenges mostly ask you to complete simple tasks, but you may be required to enter The Sideways anomalies randomly placed on the map. Each anomaly has enemies like cube monsters waiting to pounce, as well as special Sideways weapons to bulk out your arsenal. Thankfully, unlike The Sideways anomalies, the IO guards are in fixed locations.

If you know where to look, there are plenty of IO guards found throughout the map, and you only need to find one to complete these two challenges. This guide covers all of the steps you need to take to find an IO guard in Fortnite Chapter 2 Season 8.

You will no longer be able to find IO guards at any of the IO satellites. Instead, five new IO bases are scattered around the map; while some bases are empty, there are three bases with IO guards patrolling the perimeter.

Here are all of the Fortnite IO guard locations: 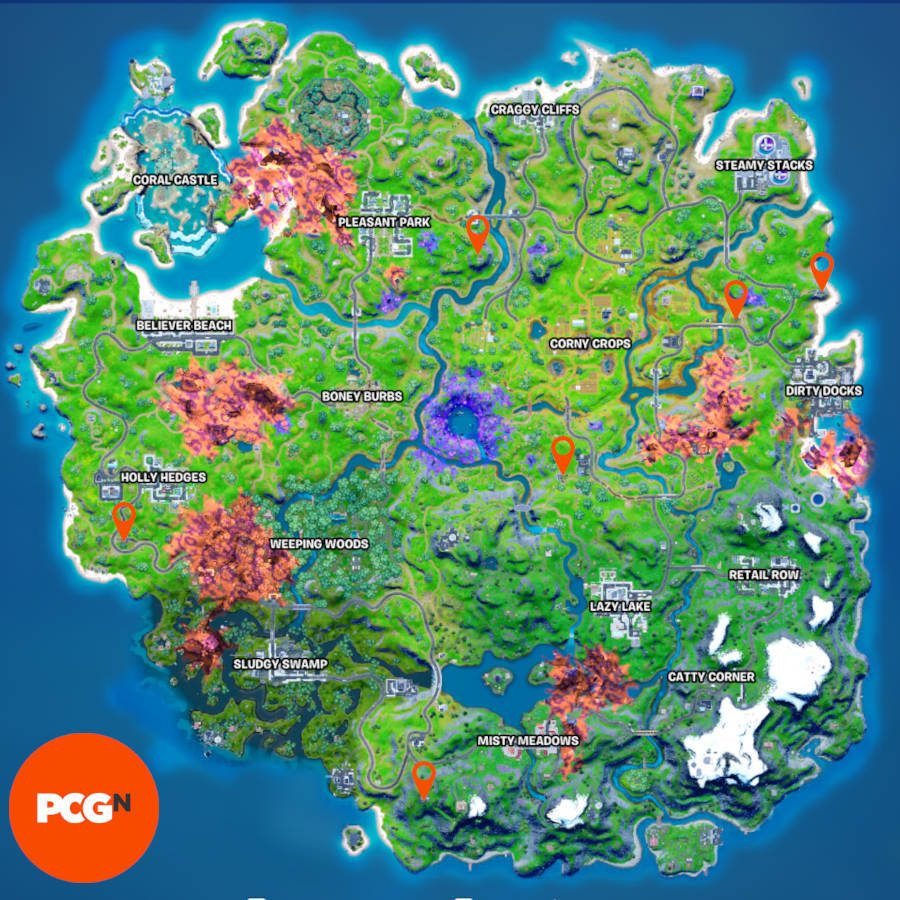 Once you’ve found one of these IO bases, you should be able to take down these IO guards without too much trouble. If you’re going for the punchcard quest to eliminate a downed opponent with a harvesting tool, make sure you only eliminate one of the two guards. Taking down both will cause their bodies to disappear.

Doctor Slone is still on the Fortnite map with some IO guards in a camp between Corny Crops and Dirty Docks. She now uses a unique burst assault rifle, but she still has the splitting technology to create clones of herself last season. Find the right one and eliminate her to take out all the copies too.

Are you interested in finding more stuff in the new Chapter 8 Fortnite map? If so, you may want to check out our Fortnite Toona Fish guide for more on where to find the locations of the coloured bottles.