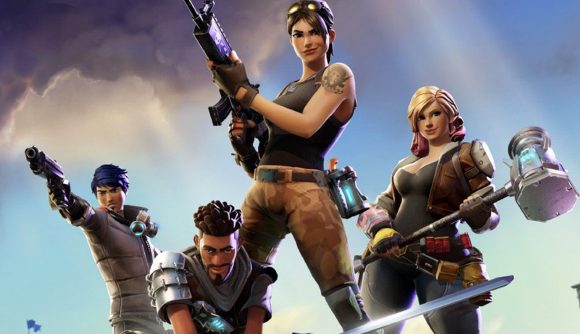 Fortnite launched on July 25, 2017. That version eventually became known as Save the World after the free-to-play Fortnite Battle Royale launched on September 26. The latter is now one of the biggest games in the world, and with the launch of Fortnite Chapter 2, it’s embarking into a new era with loads of new features. Yet somehow, it’s all still in early access.

When you load up any incarnation of Fortnite, you’ll still get a big ‘early access’ label in the upper right corner of the screen. The lack of an official, 1.0 release certainly hasn’t held Fortnite back over the past couple of years, but it’s bizarre that we’re still seeing reminders that this astronomically successful game still isn’t technically out yet.

And there’s still an important implication for Save the World. Epic’s original plan was to transition STW from early access to full launch in 2018 – and that mode was set to go free-to-play at the same time. The astronomical success of Battle Royale obviously derailed those plans, but we’ve still got no idea when STW will actually release and go free-to-play.

Epic released a roadmap for the next few weeks of STW updates today, noting that the devs are “shifting to a less frequent cadence, but aiming for more meaningful updates as a result. This allows us to diverge from shipping features around Battle Pass launches and release them in a more polished state.”

Chapter 2 marks a massive revamp for Battle Royale, at least, including a newly revamped map. Check out the Fortnite landmark locations and Fortnite named locations for details on how things have shifted.

Maybe someday Fortnite will actually come out, but it’s not going to be today.