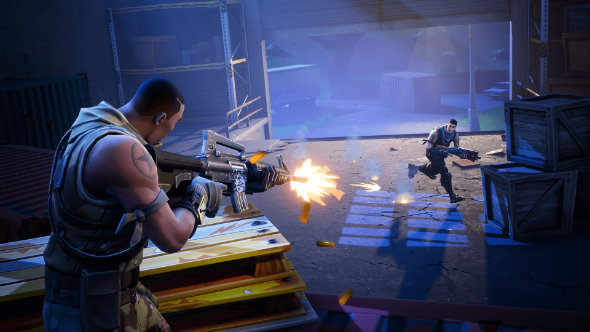 Fortnite’s controversial ‘Double Pump’ technique seems to be back. A post on the Battle Royale subreddit shows streamer Jason Ruchelski exhibiting the technique in the game’s v3.5 update (you can see a relevant video below).

Keep up to date with our Fortnite update tracker.

‘Double Pumping’ involves quickly switching between two seperate slow-firing weapons, namely shotguns, and was most popular with the game’s Pump Shotgun (hence the name). The technique would allow players to drastically increase the rate of fire on weapons designed to be high-damage but slow-firing.

Double pump is back…? Why? from r/FortNiteBR

Epic removed the technique from the game several weeks ago, as it gave some players an unfair advantage. In today’s patch notes, Epic said that they were actually adding “a short equip time” to several of the game’s weapons in an attempt to “reduce the effectiveness of quickly switching between weapons for high burst damage.” The Pump Shotgun was one of the weapons mentioned in the notes, but Epic also state that they have removed the reloading animation from the Pump Shotgun, which is likely why the technique seems to have been reintroduced.

Epic have been making changes to the game based on issues reported with the v3.5 update, but are yet to mention the reintroduction of Double Pumping on Twitter. I’m assuming a mistake has been made somewhere along the line, so if you want to go back to blasting your opponents away, I’d move quickly before it gets fixed.