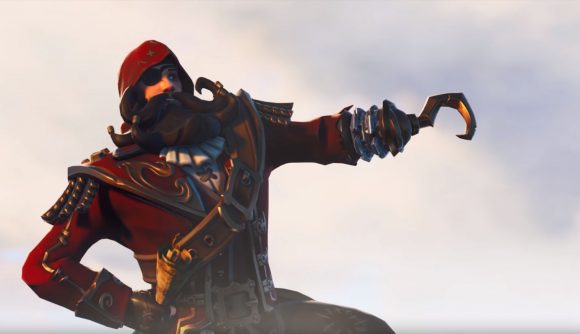 The new system was first uncovered by streamer TmarTn – you can check it out for yourself in the tweet embedded further down this article. As with Apex, the system is automatically bound to your middle mouse button, and offers the ability to ping locations, items, and even enemies.

Of course, Fortnite’s characters don’t speak, so Epic has had to come up with an alternative to ensure that you can effectively differentiate between different pings. Location pings will show up in your squad colour (which will traditionally be red, blue, yellow, or purple), while a small icon will appear depending on the ammo, item or weapon that you’ve pinged, allowing allies to see what you’re offering even if you’re far away. For enemies, a brief siren noise will ring out, alerting your teammates to any potential danger.

It’s basically exactly the same as what Respawn offered. Apex Legends was widely praised for the system when it launched earlier this month, and it didn’t take long before Epic revealed they were taking inspiration from their new competitors. I’m just not sure that anyone expected them to turn a system round in so short a time, or that it would be quite as similar to what was already on offer.

Fortnite: Can I borrow your homework?
Apex: Yeah, just make sure to change it a little
Fortnite: pic.twitter.com/SqURXEM94k

The new season has seen plenty of other changes, including the arrival of a volcano upon the face of the Fortnite Season 8 map, a new Party Assist system, and a host of new skins, wraps, and other cosmetics.

Arrrr: Here are all of the Fortnite pirate camp locations

While Epic has been quick to pick up Apex Legends’ more easily-implementable system, there’s no word on Respawn’s other popular addition to the genre. Epic has suggested it’s looking into adding a revive mechanic to the game, but that’s yet to show up in the game.