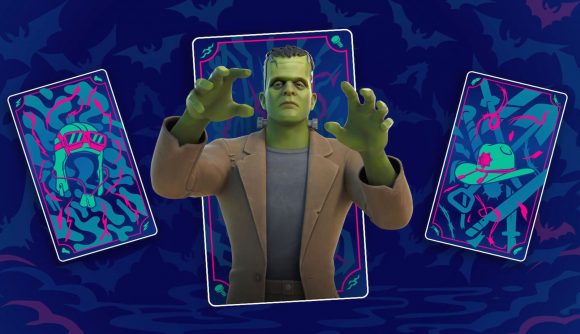 Fortnitemares’ 2021 edition kicks off with a bunch of community-made, Halloween-themed games and experiences which you can find in the playlist menu’s aptly named Fortnitemares section. These are the winning results of Epic’s call for creator maps earlier this year, with the studio explaining at the time that it would be “featuring more of your creations than ever before through Discovery” – so it sounds like there’ll be lots on offer.

The October event also has a bunch of new and returning Halloween-themed outfits, with some “legendary monsters” coming to the game’s shop over the next few weeks and “classic Fortnite characters getting new Halloween twists”. These will be revealed through playing card-style teasers and unveilings on this page each week as the event goes on, with a card flipping over each time a new cosmetic hits the store.

The whole deal with Fortnite Season 8’s invading cubes is set to intensify, too. “Later in the month, they’ll escalate their domination of the Island,” Epic says, telling players to take heart and “strengthen your resolve with a new weapon from The Sideways and returning Halloween tricks”. The studio teases that a “special LTM will be returning as well…” and that, during all the “cubic chaos” there’ll be some quests to beat for some “eerie” rewards, too.

Your fortune foretells a thrilling Fortnitemares all month long.

There’s no word yet on when the Halloween-style Short Nite film fest will kick off, exactly, but Epic says that it’ll wrap up the month-long Fortnitemares event. The flicks shown will be “based on the ghoulish and sinister” and will this time be shown in a fan-made cinema, created by Quantum Builds, with each film getting its own room in the theatre.

Fortnitemares has now kicked off and runs until November 1.