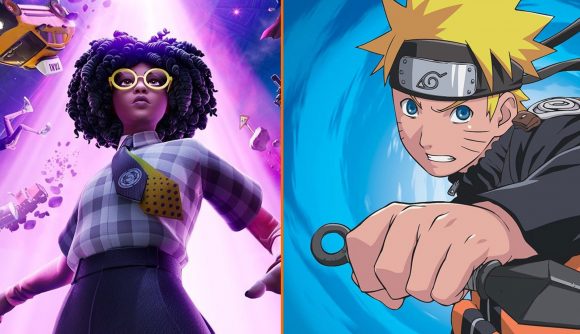 November 10, 2021 Epic has confirmed that the Naruto x Fortnite crossover is happening soon.

‘Naruto in Fortnite‘ is on the verge of reaching ‘Sora in Smash’ levels of internet infamy, but the sheer volume of leaks and rumours around Shonen Jump’s favourite ninja appearing in Epic’s favourite battle royale game have been far too prolific to ignore. Now Epic has finally made it official.

Epic has tweeted a teaser image for the crossover between Fortnite and Naruto: Shippuden, confirming that it will launch on November 16. The official announcement comes after a tweet from venerable Fortnite leaker HypeX, who suggests that both Naruto cosmetics and a new Hidden Leaf Village creative hub are on the way.

That launch would put Naruto right at the time of the Fortnite 18.40 release date, which is expected to be the final major update of the season. Epic’s apparently making some major creative mode changes there, too, with a revamped XP system that’ll prevent you from farming for experience while AFK.

Now the only question is if Naruto will be allowed to do sexy jutsu here.

For more multiplayer games or anime games, you can follow those links.