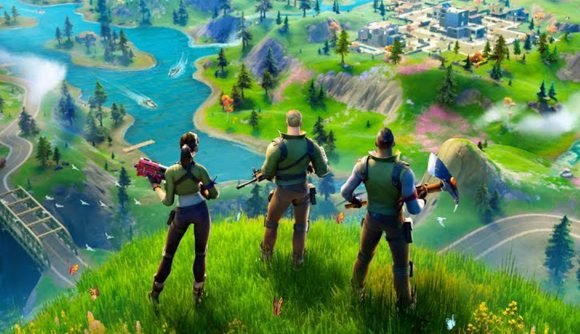 The Fortnite Chapter 2 Season 2 release date has at last been confirmed by Epic Games – and the battle royale game’s getting moved to a new physics engine. As indicated at the time of the Chapter 2, Season 1 extension, the game’s next update (11.50) arrives in “early February”, with a leap over to the new engine ahead of the Chapter 2 start date in late February.

Earlier today, reliable dataminer Hypex posted a discovery on Twitter: “The Chapter 2, Season 1 ending date on the API has just been updated from February 6 to February 20”. Now, Epic Games has officially confirmed February 20 as the start of Season 2, also explaining: “Beginning with the release of the 11.50 update in early February, Fortnite will be moving to Unreal Engine’s Chaos physics engine.”

The studio says at the next season’s release, “the goal is to ensure that Fortnite still feels like Fortnite. Along the way there will be some bumps, so we’re starting tests with a small group of players.” Epic says it’ll “closely monitor feedback” and make improvements to the game accordingly “over time.”

In addition to the news, Epic offers a few teases on content that’s on the way, but sadly we can’t glean anything from them just yet, with nothing lying hidden behind the blocked-out text. “We can’t brief you on all of next Season’s secrets just yet…”, the post says. Sigh.

The Chapter 2, Season 1 ending date on the API has just been updated from February 6 to February 20..pic.twitter.com/v6xmgrmuI8

However, the good news is: “Before the Season ends, we’ll have additional Overtime Challenges and a new two-week event.” Sweet!

Epic might not be giving away much just yet, but we’ve still got a few ideas about what Fortnite Chapter 2 Season 2 will bring – and hopefully we’ll soon get to find out what that stuff codenamed ‘Galileo’ might be. Hmmm.