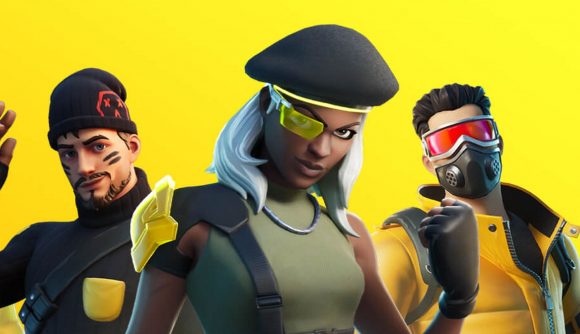 April 6, 2021 Fortnite’s Reboot a Friend feature is back.

Fortnite got a new feature last year that offered in-game rewards for bringing pals who have stepped away from the battle royale game back on board. It disappeared for a bit, but now the multiplayer game’s Reboot a Friend feature has returned with fresh rewards.

As detailed in the announcement, all Fortnite players can check the new Reboot a Friend page to check if they’re eligible to, er, reboot a friend. That is, if they’ve got any friends who’ve taken some time away from the game, and haven’t hopped into Fortnite for 30 or more days. If you find you are eligible, all you’ll need to do is send them an invite via the feature page linked above.

But you don’t actually have to do a proper reboot to earn rewards. There’s now a point system, where rebooting a friend earns you 100 points. But you can also simply invite friends to a squad, and each match played with them gets you 10 points.

The current rewards include a spray at 100 points, a heartbeat wrap at 200 points, a toxic flash glider at 300 points, and a plasma carrot pickaxe at 400 points.

Reboot a Friend is back! Have friends that haven’t dropped onto the Island in a while?

Invite them back and play together to earn in-game rewards.

The Reboot a Friend effort is still technically in beta, and this particular test is scheduled to last until April 26. For now, if you’re after some tips on the best Fortnite skins and Fortnite best weapons, you know where to click.