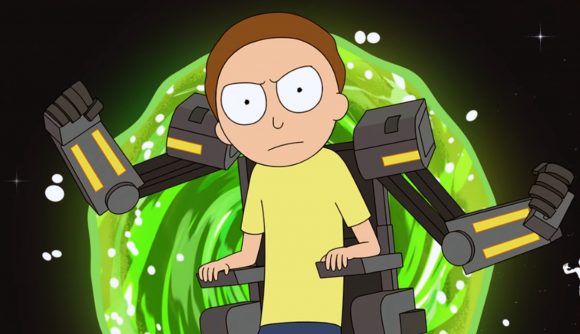 Two months after the arrival of Rick Sanchez in Fortnite during Chapter 2 Season 7, and the iconic duo of Rick and Morty is finally complete. Epic Games has revealed the surprise sudden addition of Mecha Morty to the most popular battle royale game around – and the pair are ready to get schwifty. Seriously.

It was a little weird when Rick Sanchez made his appearance in Fortnite back in June without his long-suffering grandson in tow – the name of the show’s Rick and Morty, after all. Most players assumed it was because Morty was too small to make a fair character – well, Epic has corrected that problem by giving Morty a Snuffles-like mech suit.

Mecha Morty is available alongside Rick Sanchez right now in the Chapter 2 Season 7 Battle Pass and has the same cel-shaded cartoon filter Rick has. Players can also get the Morty’s Backpack Back Bling with a hidden Mr. Meeseeks box and a tame astronaut Space Snake – as seen in the episode ‘Rattlestar Ricklactica‘ – as a living pickaxe.

Morty also comes with a rather neat Look at Me! gun wrap, where a new Mr. Meeseeks will appear on the weapon every time the player gets a kill. Rick and Morty can also be used together to recreate the ‘Get Schwifty’ song with emotes, which you can see a highly-censored version of below. 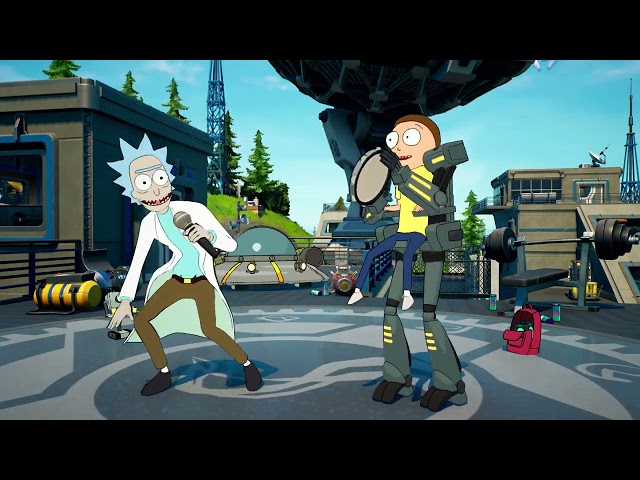 Rick and Morty are available in Fortnite now on the Battle Pass. Speaking of iconic partnerships being completed in Fortnite, Wonder Woman has finally joined fellow DC trinity heroes Batman and Superman in the game at long last.