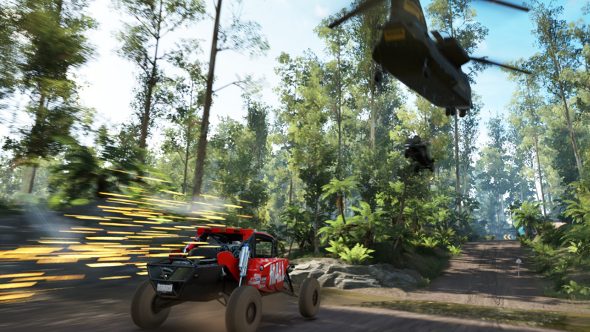 With Forza Horizon 3, we finally get a proper, not-free-to-play Forza on PC, and all it took was 11 years and Microsoft deciding to unify Xbox and PC into one giant, often messy, platform. It’s a treat nonetheless; one of the best racing series is now on PC, and the game itself is a corker. Unless you find the idea of speeding across Australia inside bullet-fast supercars a bit dull.

There’s still the question of the port, of course. Has it been worth the wait? Is Forza Horizon 3’s PC port a fine-tuned, polished metal beast, or is it an embarrassing rusty junker that’s five minutes away from being scrapped?

There’s an expectation that racing games should be gorgeous, lavish things where everything shimmers and every drop of water on the surface of a car looks just so. The good news, then, is that Forza Horizon 3 is just as shiny and striking as you’d hope. It serves as a tour of Australia’s best bits: its primeval rainforest, sparkling golden beaches and intimidating deserts. The tantalising vistas make it a bit tricky to keep the car in check, frankly. 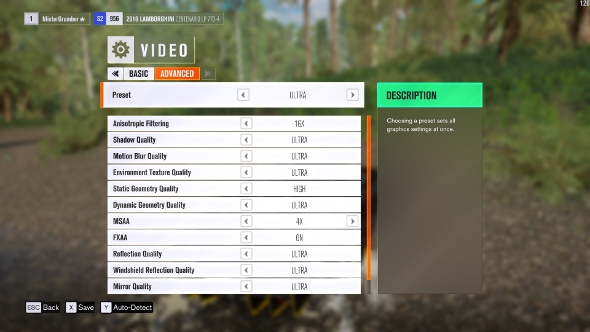 Horizon 3’s graphics options are an unexpectedly robust list of settings, letting you fiddle with everything from performance hogs like shadow quality and MSAA to the quality of your windshield’s reflection. There are three options just for reflections, in fact, when you include mirror quality. Most of the settings go from low to ultra, and there are four presets to choose from if you don’t fancy getting your hands dirty.

While the game used the medium preset after I hit the auto-detect option, it’s definitely a bit on the conservative side, and with only a couple of tweaks I was able to max out most settings aside from MSAA to get a mostly consistent 60fps. It’s worth noting, however, that Horizon 3’s frame rate is capped, by default, at 30, but can be unlocked in the visual settings. While there, it might be worth turning off the dynamic visual settings, which alter the game on the fly to maintain a consistent performance, at the cost of consistent graphics. 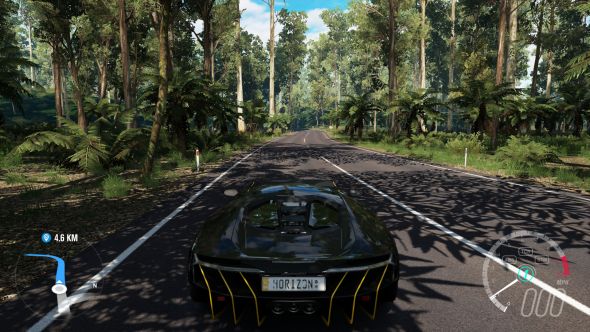 Using the ultra preset, Horizon 3 is frequently breathtaking, particularly when hurtling through a rainforest. In busy areas like this there’s some texture pop-in in the distance, and the cars sometimes look a bit too reflective, but those niggles don’t detract from what is an arresting game.

In plain areas, outside of forests particularly, the frame rate gets up to a more than respectable 70fps at 1080p, and mostly manages to stick to around 50fps even when the scene is more intensive. To hit the 60fps sweet spot, I recommend getting rid off MSAA, which should net you an extra 10fps. 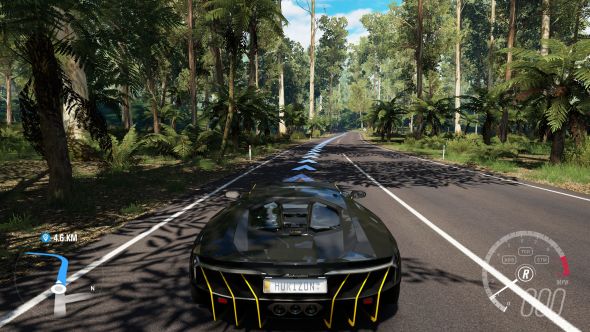 On high, Horizon 3 remains an eye-catching game, and while it’s hard to tell the difference while roaring up and down a road, it becomes more apparent in screenshots. The shadows are slightly less defined, but the quality change is most noticeable when looking at objects in the distance, like trees, which become significantly less detailed, almost smudged.

Performance jumps up to between 80 and 100fps, generally sticking to the high 80s for long stretches. It’s a not insignificant performance boost for a minor dip in quality. 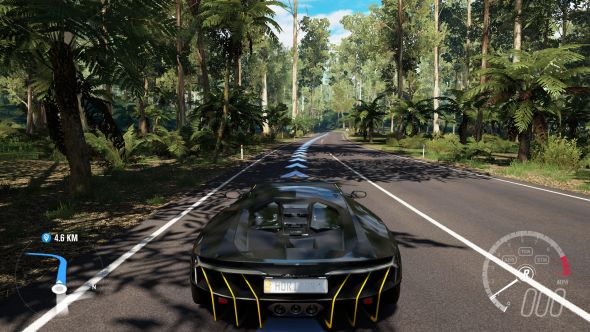 Knocking it down to medium, the differences continue to be subtle, though you can just make out the reduction in reflection quality, and the loss of detail on the foliage. Though, this time, the differences are more noticeable in motion.

The reduction doesn’t do much for performance. The range of 80 to 100fps is the same as the high preset’s, though on medium it does tend to stick at the upper end of the scale more. 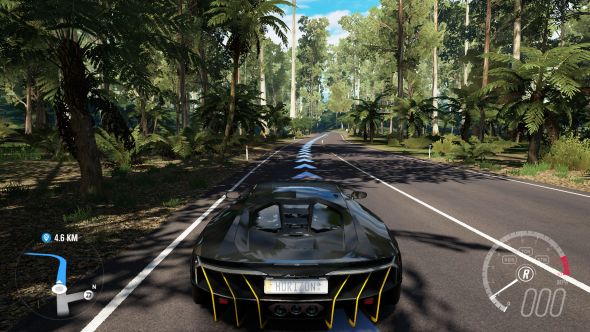 On low, you’ll start to miss the anti-aliasing, and the once lush forests do start to look a little bit like stages full of cardboard vegetation. The low preset is not the bare minimum, however, as shadows can be turned off entirely, if you’re really struggling to get a healthy frame rate.

On the low preset, I still wasn’t able to hit my monitor’s refresh rate, and the frame rate tended to stay at around 100, with occasional bumps to 110.

Given that the auto-detect feature is garbage, I recommend starting from ultra and just tweaking things from there. Anything from a 970 up should be able to manage 60fps with most things cranked right up. And if your PC’s got fancier organs, there’s 4K support. 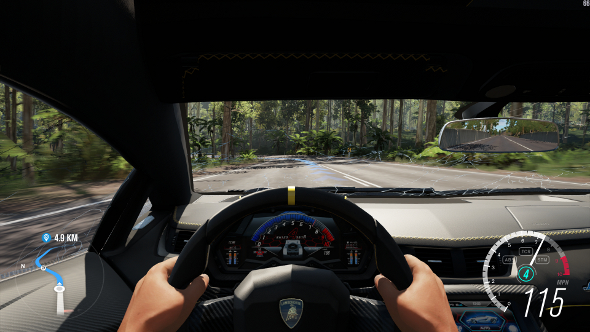 The flexibility of the graphics settings is echoed throughout Horizon 3’s options. The entirety of the HUD can be removed, piece by piece, along with annoying notifications and pretty much anything that might get in between you and the gorgeous views, including other player’s nameplates. The map and speedometer are all you really need anyway. Actually, screw the map. It’s an open world, so be adventurous.

I’m going to assume that you’re not loopy enough to want to play Horizon 3 with a mouse and keyboard, but if you are, then I guess you’re at least catered for? You can rebind as many keys as you want, however; you’re still mad. If you favour a controller, then you’ve got 13 presets to choose from, along with 5 extra custom profiles where you can rebind all of the controller’s buttons.

Forza Horizons 3 is a great port, so it almost seems petty of me to bring up the horrific menus, but here I go anyway. It’s strange that so many racing games have an obsession with tiles. They’re simply awful to navigate, and look plain absurd. I want to go into my bathroom right now and just smash up all the tiles. Menus don’t need to be sexy. They need to be functional. And that’s pretty much my only issue with the port. Oh, yes, and you have to use the Windows Store, which feels a little like a punishment. Just remember to download Windows 10 Anniversary Update, or the store won’t work.