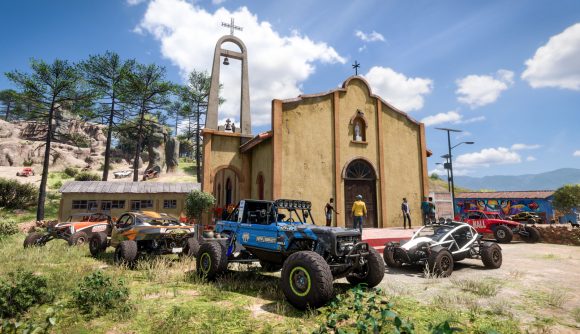 Forza Horizon 5 is set to land on shelves next week, but before its November 9 launch, creative director Mike Brown and technical art director Gareth Harwood have given us a peek at the PC specifics. This includes how the developers approached ray tracing, why SSDs have transformed the game’s design, and the importance of accessibility.

Playground Games recently revealed the Forza Horizon 5 system requirements, which are forgiving enough that even racers with ageing gaming PCs should have little trouble getting behind the wheel. However, while lowering the entry requirements to get the game running is admirable, it’s another thing entirely to make it more accessible to a wider variety of players.

Brown describes accessibility as “one of the core pillars that makeup Forza Horizon 5, and great efforts and investments were made to ensure the development team understood its importance. We treat it with the same level of importance and care as we do our Expeditions, another integral part of the game.”

Harwood reveals that the game features a new ‘Tourist’ difficulty mode, in which “players can progress without having to worry about getting the fastest times or placing first in races. We don’t want to lock any content behind objectives, like winning 100 races before you can progress, for example, and so Tourist mode makes this much less of a problem.” 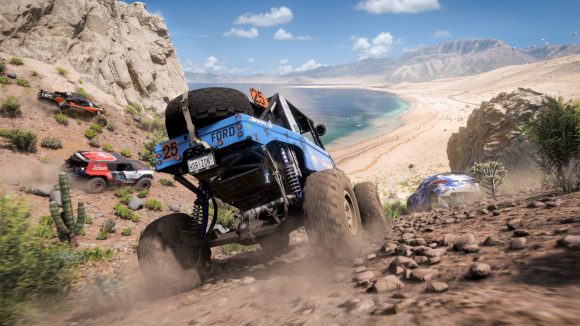 “Yeah, it has a nice effect on the AI,” Brown says. “If you were to crash into a wall or miss a checkpoint, the AI will actually slow down to a crawl and wait for you to catch up before matching your speed again once you’re back in the pack. It has a very friendly feel to it, allowing players to just engage with a race at their own pace. It’s a feature we’re very proud of.”

For players who struggle with the fast reflexes that the game demands, “the game speed setting allows you to slow Forza Horizon 5 down to as low as 40%, with players able to tweak this modifier by increments of 1%. While this setting also causes the physics engine to slowdown in parallel, the UI runs at full speed and I think people find it to be a great addition to the game.” This setting will only work while playing offline, however, but Forza Horizon 5 is thankfully entirely playable offline.

Colour-blind options have also received an update, and Forza Horizon 5 now allows you to tweak which parts of the game world and UI elements are affected by colour-blind presets. Additionally, the game’s controls can be completely rebound and modified to suit your particular needs.