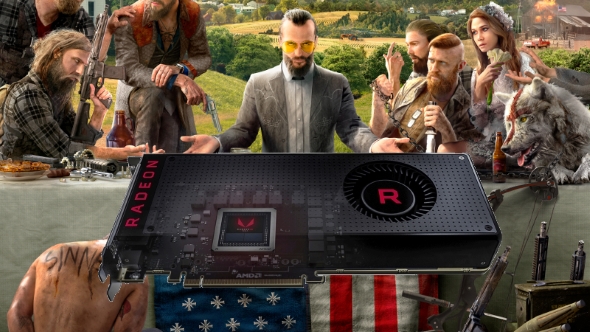 Remember the days when you could actually buy a graphics card without feeling like you were being bent over, having an obscene amount of cash forcibly removed from your colon? Ah, halcyon days…

Want to know what processor should accompany that AMD graphics card? Check out our pick of the best CPUs for gaming.

Back then, when a massive new game came out you could bet that either AMD or Nvidia would plead their case (I doubt any money ever changed hands) to the publishers and grab a bunch of free codes to give away to entice people to buy their graphics cards.

But those days are now seemingly long gone and the most cost-effective way of being able to bag yourself a shiny new GPU is to buy it as part of a fully built gaming PC in one go. AMD have realised this and their Ubisoft partnership for Far Cry 5 isn’t going to be based on you getting a ticket to the virtualised Montana with a new standalone graphics card purchase – this time it’s all about pre-built systems. 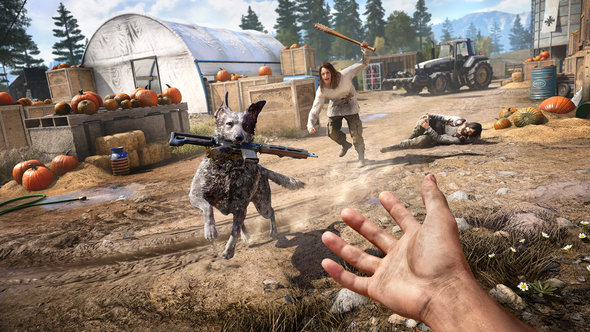 Starting today – February 27 – you can get yourself a free copy of Far Cry 5 when you buy a gaming PC from participating system builders that’s sporting either an AMD RX Vega 64, RX Vega 56, or an RX 580 graphics card.

Maybe when (if?) graphics card stock and pricing returns to normal then we might see the return of standalone graphics card giveaways, but I wouldn’t hold my breath. Nvidia have stated that pricing is likely to keep on increasing, with stock shortages until Q3 this year. We’re waiting for memory pricing and manufacturing to stabalise, cryptocurrency mining to collapse, and new Nvidia GPUs to arrive.

And AMD have nothing officially planned for a discrete GPU launch outside of the mobile versions of Vega, whenever they’re meant to arrive, and the 7nm Vega card that’s set to appear at the end of the year for the compute crowd.

Anyways, the full pre-built PC Far Cry 5 giveaway will keep on running until May 20, 2018, so if you need time to save your pennies – or want to wait for the AMD Ryzen 2 launch in April or the imminent Intel Coffee Lake refresh – then you don’t have to pull the trigger on a new PC gaming build just yet.

It’s not a ticket to an early copy of the game either – even if you get your new system before Far Cry 5’s March 27 release you’ll still have to wait for launch day to get your code and play.

But Far Cry 5 is set to use a few Radeon-specific features to entice over a few on-the-fence GeForce gamers to either an AMD Vega or Polaris card.

The Far Cry 5 giveaway is a global event, so pretty much everybody has the opportunity to benefit if they’re buying a new machine. Well, unless you live in China, Cuba, North Korea, Syria, Sudan, or Iran. The promotion isn’t running there, but I’m guessing large parts of those populations have bigger fish to fry…