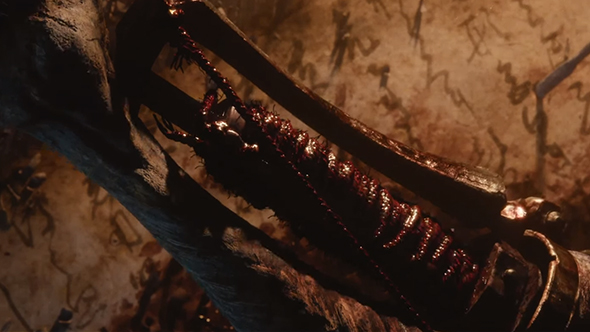 In the cruelest tease of The Game Awards, FromSoftware revealed their next game – sort of. There was a quick shot of what looks like a bloody sword hilt, followed by the tagline (or title) “Shadows Die Twice.” Look forward to more, but we’re not sure when.

For some upcoming PC games we actually know anything about, check our dedicated list.

Here is a tiny glimpse into our new project. #FromSoftware pic.twitter.com/Eiw4AJyQAF

From Soft, or anyone else, haven’t said anything about it since. There’s no date, no details and it seems unlikely that the three words we got are even the title. If it’s a Bloodborne sequel, to which it bares the most resemblance in aesthetic, it probably isn’t coming to PC. If it’s a spiritual successor, we’ve got a shot.

The item shown is, by the eagle eye of PCGamesN resident genius Jordan Forward, a bone attached to a torture screw which is constantly tightening. Nasty. Very FromSoftware. We’ll either learn more at PlayStation Experience this weekend or, more likely, it’ll be a far longer wait.