Introduced in the most recent alpha update, the Festron are another brand-new race for upcoming 4X game Galactic Civilizations IV. Originally designed to be everyone’s favorite galactic monster, Stardock also felt that players would have the appetite to play as the nightmare, too – and now, you can.

Not only can the Festron prey on and steal other races' ships, they can even consume their citizens to spawn more Festron. This also has the helpful benefit of giving a morale boost to every citizen on that planet, because who doesn’t enjoy a free meal?

Better yet, whenever a Festron consumes another race, the new citizen that emerges from that, ah, process, will take on traits based on the original species. Consuming a Mimot, for example, gives the resulting Festron a boosted growth rate, while snacking on a Navigator gives a bump to science output. The exceptions are the Yor and the Onyx Hive – as non-organic lifeforms, we imagine they don’t taste very nice.

The Festron are an aquatic species – the first to be made playable in the game so far. Oceanic worlds come with higher population caps, leaving you more room to grow before you have to worry too much about expanding to other planets. 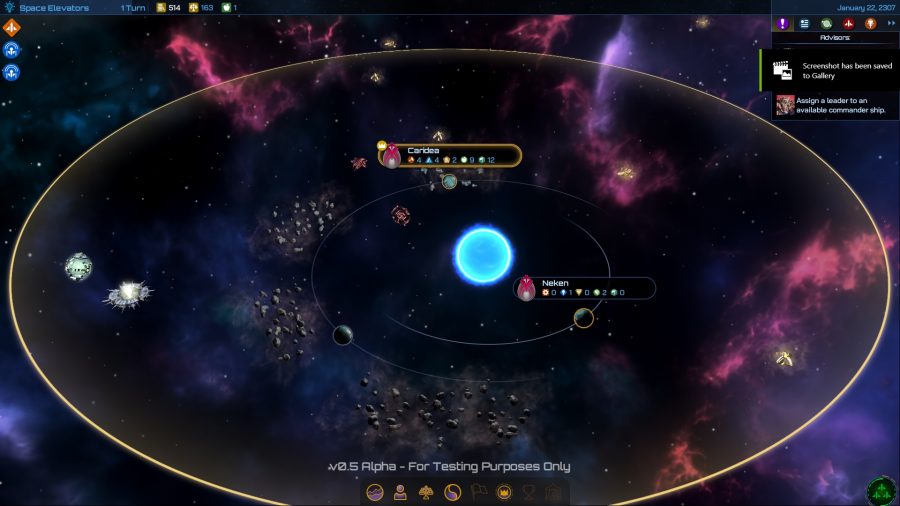 Naturally, the Festron are happiest when living on these types of worlds, but other biomes, like terrestrial, jungle, and so on, are also still viable if you’re short on places to colonize. You’ll just need to work harder to keep your people happy. Perhaps a snack of some kind…?

Being a race of space monsters is not the easiest life. Eating everyone you come across tends to leave you without many friends. None hate the Festron as much as the Manti Cluster, however, so you’ll want to keep an eye out for them. Given that they’re also an aquatic species, you may find yourself in competition with them over real estate – although your chances of spawning near them are no higher than anyone else.

Normally, trying to assimilate a race other than your primary species into your empire would be difficult, but luckily the Festron can just eat them and save a bunch of paperwork. Be mindful, though, that this shortcut to growth will place a lot of demand on your food supply, so make sure you’re colonizing new planets with high output. You’ll also lose some of the benefits of integrating other species in a less masticatory fashion. 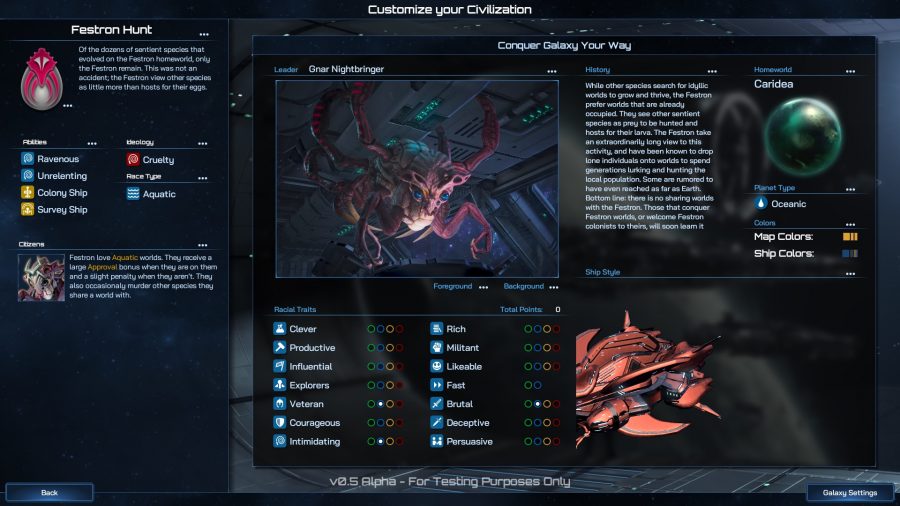 You probably shouldn’t try too hard to force the Festron to be anything other than themselves, though. This is a species that enjoys warfare and is able to wage wars with less fuss – their default loadout of racial traits grants bonuses to combat experience and intimidation. War leads to conquest, and conquest leads to more foreign citizens to consume, which leads to more (happy) Festron, and then more wars! You’re basically a combination of Star Trek’s Borg and Warhammer 40k’s Tyranids.

You’ll be aided in your early conquest with easy access to three out of the Festron’s seven command ships, which will be available from the start:

The other four will require specific techs to unlock. Your only roadblock will be hiring enough key citizens to act as leaders on these ships. Not only can leaders become captains of the command ships, they can also take up posts as heads of various government ministries. These each come with their own benefits, so you’ll need to focus your citizens appropriately. 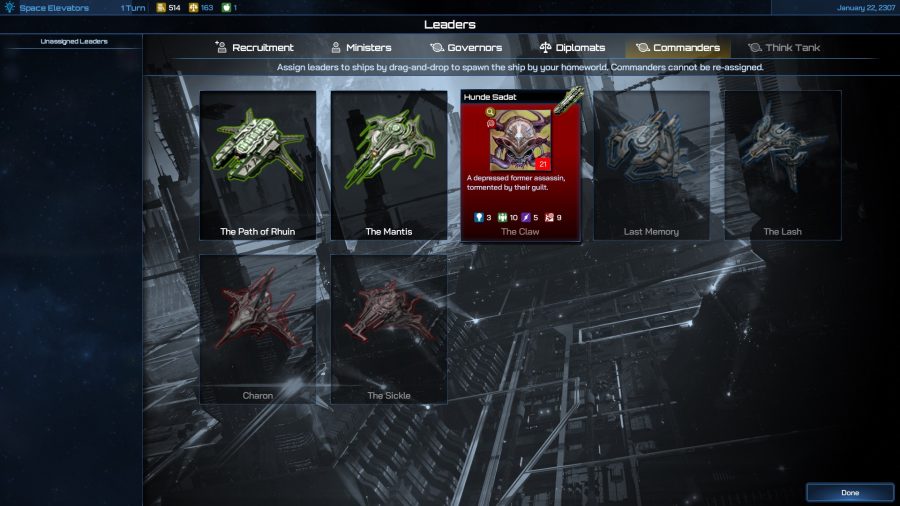 As the game is still in alpha, the Festron’s final form has yet to be realized – Galactic Achievements are coming, and the Festron have a unique goal to consume the entire galaxy, leaving only Festron. Stardock is also going to ensure that there are plenty of faction-unique versions of key events, so you can expect them to get even more bespoke narrative content.

Finally, there are rumours circulating the galaxy that the monstrous Festron share some ancestry with other horrors that lurk out in deep space. The usual urban myth is that the Festron may be able to communicate, and ally, with these demons, and even make them do their bidding. But surely that’s just idle talk, and not something that will ever actually happen.

You can check out the Festron right now by pre-ordering Galactic Civilizations IV today.